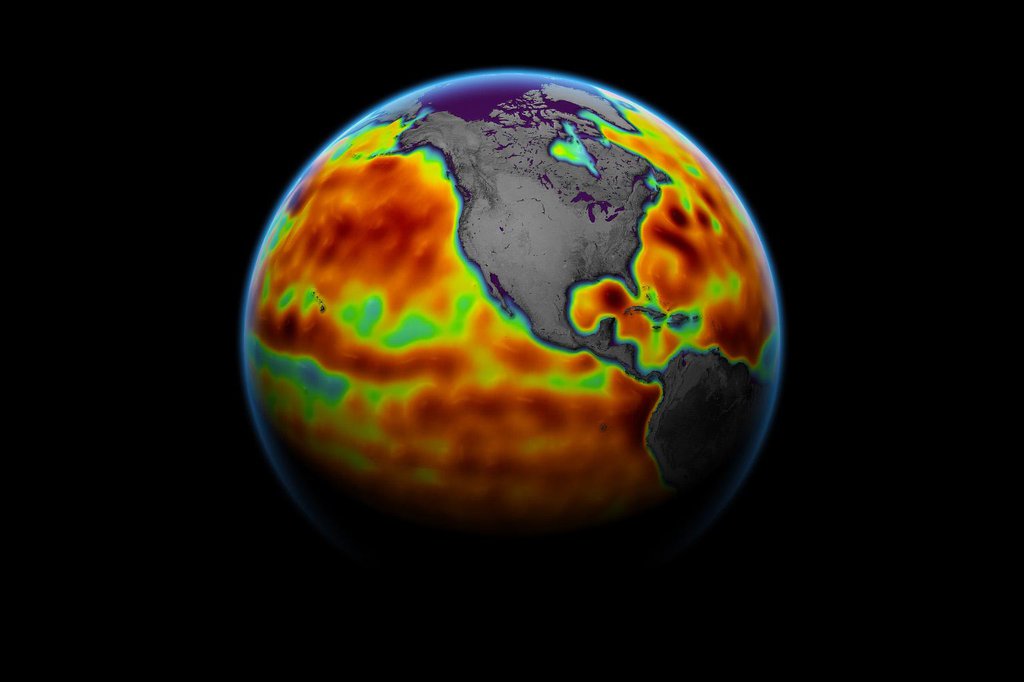 This map shows sea level measured by the Sentinel-6 Michael Freilich satellite from June 5 to15. Red areas are regions where sea level is higher than normal, and blue areas indicate areas where it's lower than normal.

The measurements are part of a set of data streams that become available to the public hours to a couple of days after the satellite collects them. The difference in when the products become available balances accuracy with delivery timeliness for tasks like forecasting the weather or helping to monitor the formation of hurricanes. The satellite, named after former NASA Earth Science Division Director Michael Freilich, collects its measurements for about 90&percnt of the world's oceans.

The spacecraft is one of two satellites that compose the Copernicus Sentinel-6/Jason-CS (Continuity of Service) mission. The second satellite, Sentinel-6B, is slated for launch in 2025. Together, they are the latest in a series of spacecraft starting with TOPEX/Poseidon in 1992 and continuing with the Jason series of satellites that have been gathering precise ocean height measurements for nearly 30 years.

Shortly after launch in Nov. 2020, Sentinel-6 Michael Freilich moved into position, trailing the current reference sea level satellite Jason-3 by 30 seconds. Scientists and engineers then spent time cross-calibrating the data collected by both satellites to ensure the continuity of measurements between the two. Once assured of the data quality, Sentinel-6 Michael Freilich will then become the primary sea level satellite.

Sentinel-6/Jason-CS is being jointly developed by ESA (European Space Agency), the European Organisation for the Exploitation of Meteorological Satellites (EUMETSAT), NASA, and the National Oceanic and Atmospheric Administration (NOAA), with funding support from the European Commission and technical support from France's National Centre for Space Studies.