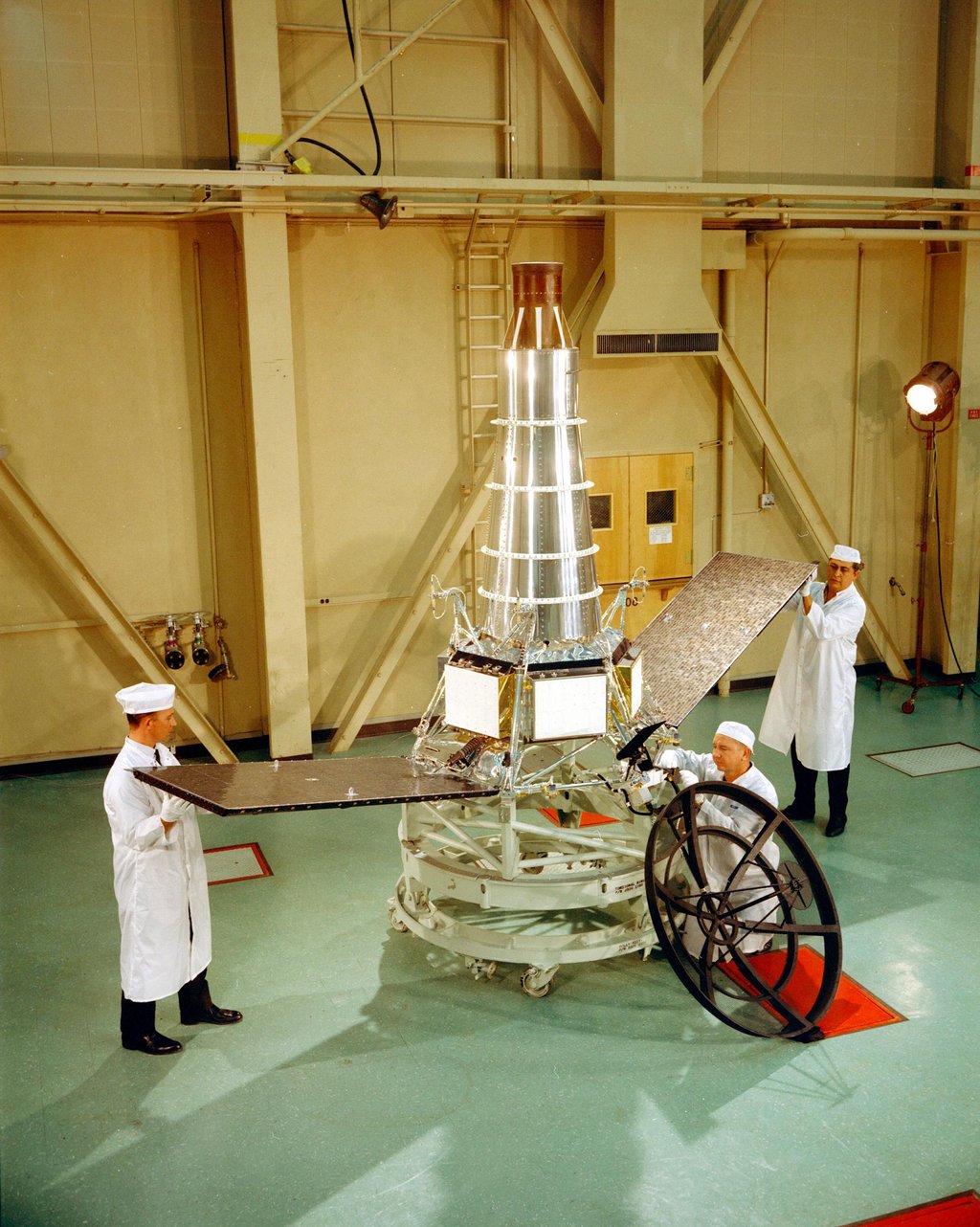 Engineers stand with Ranger 7 on Dec. 10, 1963, in High Bay 1, located at NASA's Jet Propulsion Laboratory. Ranger 7 was the first U.S. mission to transmit images from the surface of the Moon. The Ranger program included a series of robotic spacecraft launched at the Moon. JPL developed the art of spacecraft assembly and testing with each iteration of the Ranger spacecraft.