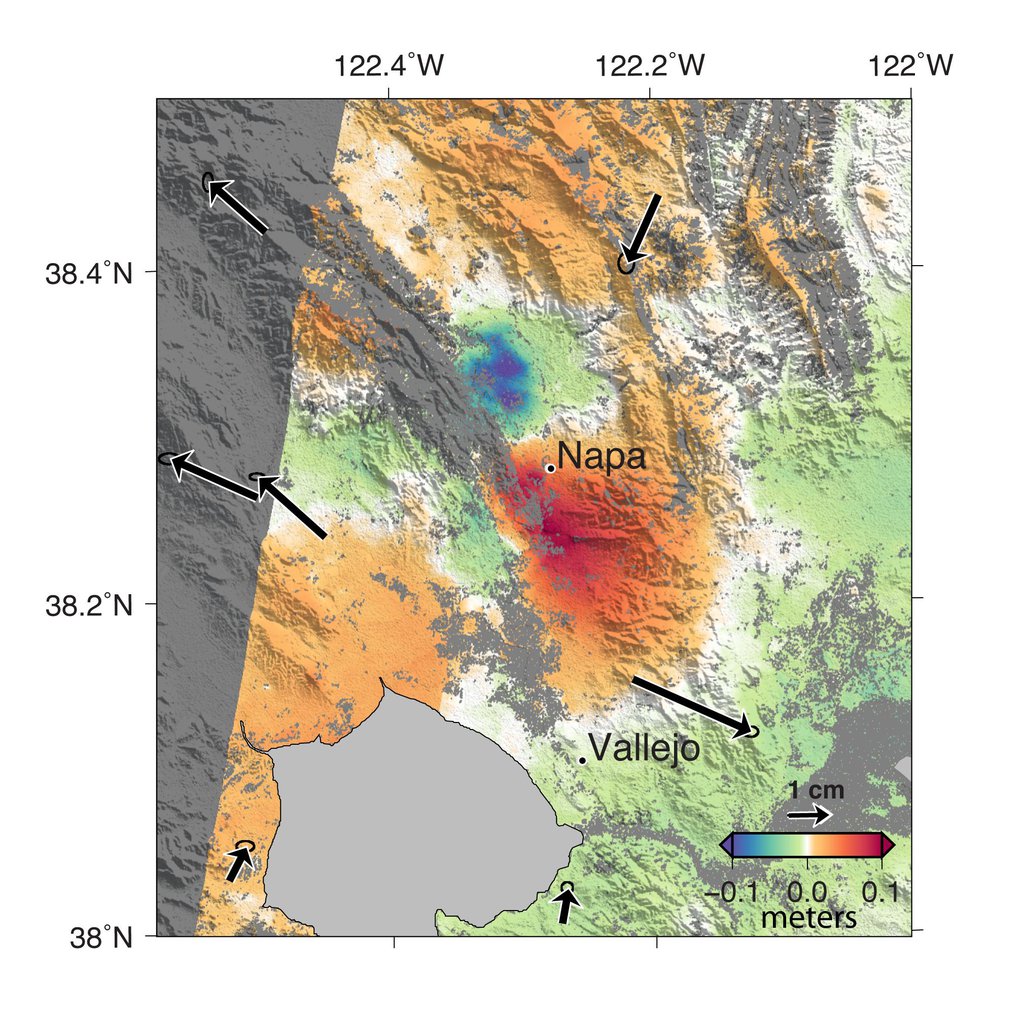 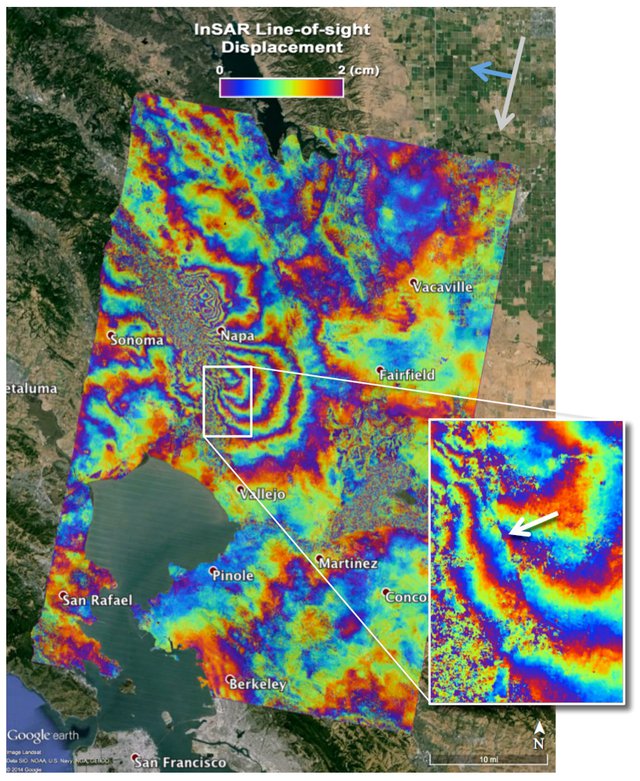 NASA JPL scientists, in collaboration with the Italian Space Agency's (ASI) Center for the Interpretation of Earth Observation Data and the Università  degli studi della Basilicata, also analyzed radar images from ASI's COSMO-SkyMed satellites to calculate a map of the deformation of Earth's surface caused by the earthquake, as shown in this false-color map that has been combined with shaded relief topography in gray. The colors indicate the amount of permanent surface movement that occurred almost entirely due to the earthquake, as viewed by the satellite, during the one-month interval between two COSMO-SkyMed images, one before and one after the earthquake. 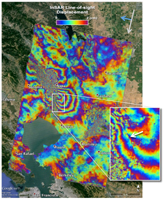