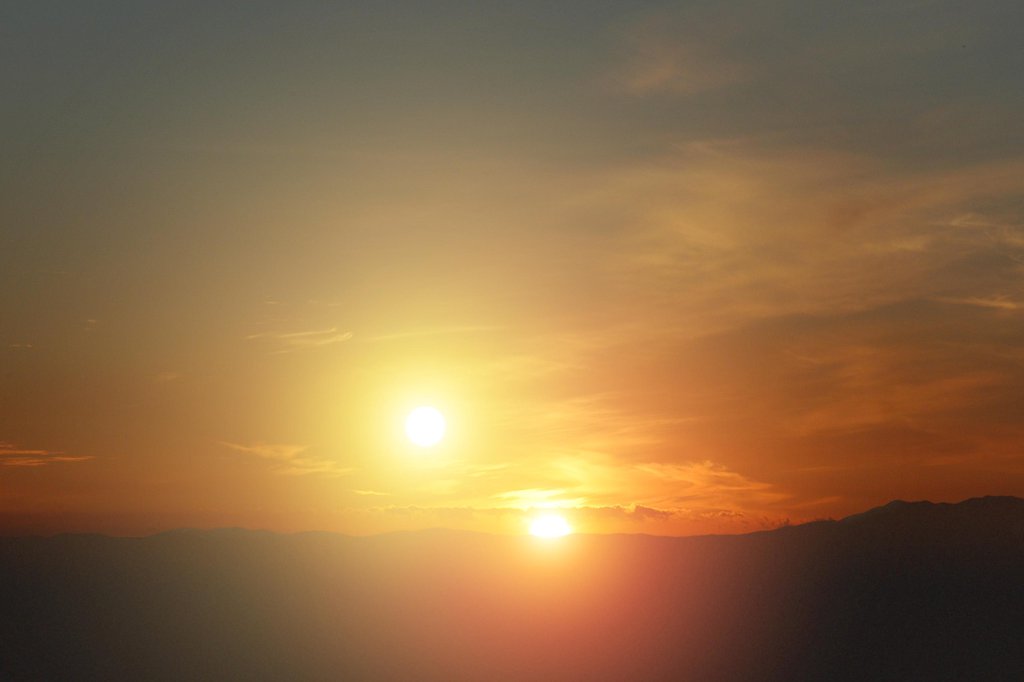 Our solitary sunsets here on Earth might not be all that common in the grand scheme of things. New observations from NASA's Spitzer Space Telescope have revealed that mature planetary systems -- dusty disks of asteroids, comets and possibly planets -- are more frequent around close-knit twin, or binary, stars than single stars like our sun. That means sunsets like the one portrayed in this artist's photo concept, and more famously in the movie "Star Wars," might be quite commonplace in the universe.

Binary and multiple-star systems are about twice as abundant as single-star systems in our galaxy, and, in theory, other galaxies. In a typical binary system, two stars of roughly similar masses twirl around each other like pair-figure skaters. In some systems, the two stars are very far apart and barely interact with each other. In other cases, the stellar twins are intricately linked, whipping around each other quickly due to the force of gravity.

Astronomers have discovered dozens of planets that orbit around a single member of a very wide stellar duo. Sunsets from these worlds would look like our own, and the second sun would just look like a bright star in the night sky.

But do planets exist in the tighter systems, where two suns would dip below a planet's horizon one by one? Unveiling planets in these systems is tricky, so astronomers used Spitzer to look for disks of swirling planetary debris instead. These disks are made of asteroids, comets and possibly planets. The rocky material in them bangs together and kicks up dust that Spitzer's infrared eyes can see. Our own solar system is swaddled in a similar type of disk.

Surprisingly, Spitzer found more debris disks around the tightest binaries it studied (about 20 stars) than in a comparable sample of single stars. About 60 percent of the tight binaries had disks, while the single stars only had about 20 percent. These snug binary systems are as close or closer than just three times the distance between Earth and the sun. And the disks in these systems were found to circumnavigate both members of the star pair, rather than just one.

Though follow-up studies are needed, the results could mean that planet formation is more common around extra-tight binary stars than single stars. Since these types of systems would experience double sunsets, the artistic view portrayed here might not be fiction.

The original sunset photo used in this artist's concept was taken by Robert Hurt of the Spitzer Science Center at the California Institute of Technology, Pasadena, Calif.