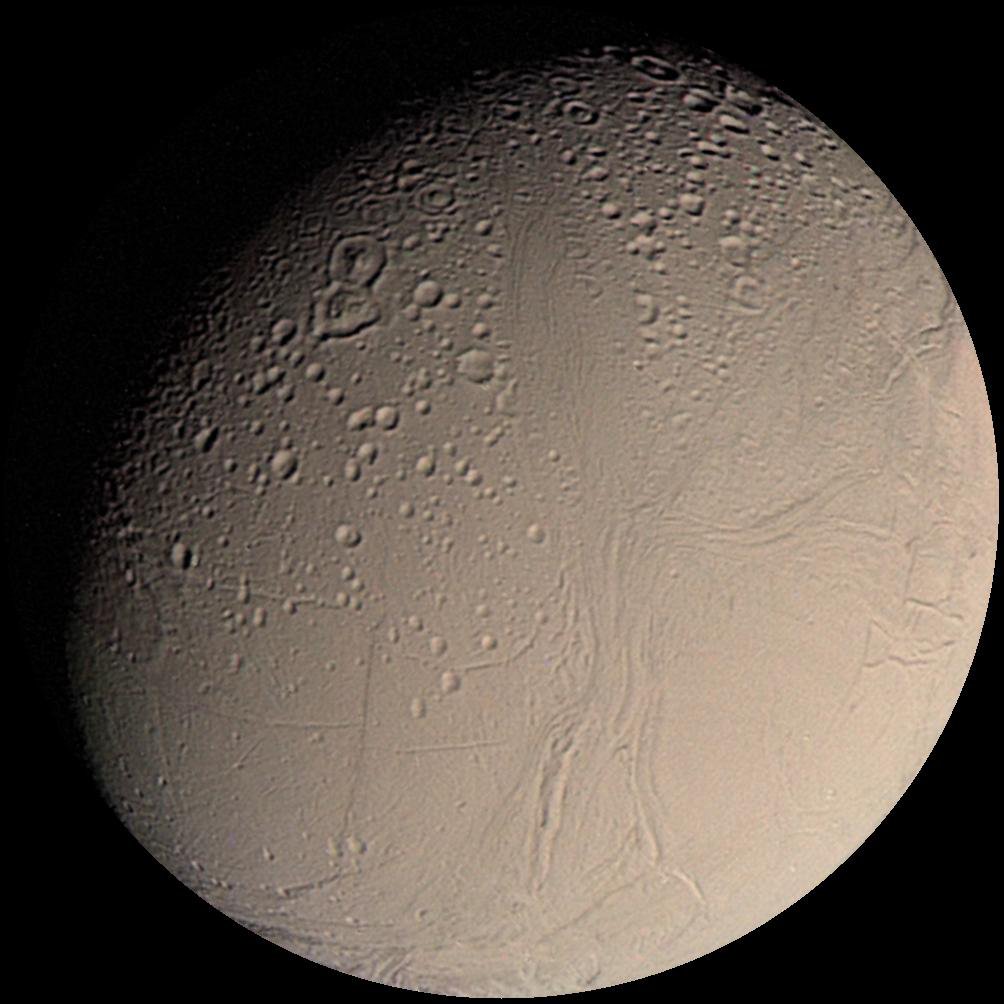 This color Voyager 2 image mosaic shows the water-ice-covered surface of Enceladus, one of Saturn's icy moons. Enceladus' diameter of just 500 km would fit across the state of Arizona, yet despite its small size Enceladus exhibits one of the most interesting surfaces of all the icy satellites. Enceladus reflects about 90% of the incident sunlight (about like fresh-fallen snow), placing it among the most reflective objects in the Solar System. Several geologic terrains have superposed crater densities that span a factor of at least 500, thereby indicating huge differences in the ages of these terrains. It is possible that the high reflectivity of Enceladus' surface results from continuous deposition of icy particles from Saturn's E-ring, which in fact may originate from icy volcanoes on Enceladus' surface. Some terrains are dominated by sinuous mountain ridges from 1 to 2 km high (3300 to 6600 feet), whereas other terrains are scarred by linear cracks, some of which show evidence for possible sideways fault motion such as that of California's infamous San Andreas fault. Some terrains appear to have formed by separation of icy plates along cracks, and other terrains are exceedingly smooth at the resolution of this image. The implication carried by Enceladus' surface is that this tiny ice ball has been geologically active and perhaps partially liquid in its interior for much of its history. The heat engine that powers geologic activity here is thought to be elastic deformation caused by tides induced by Enceladus' orbital motion around Saturn and the motion of another moon, Dione.