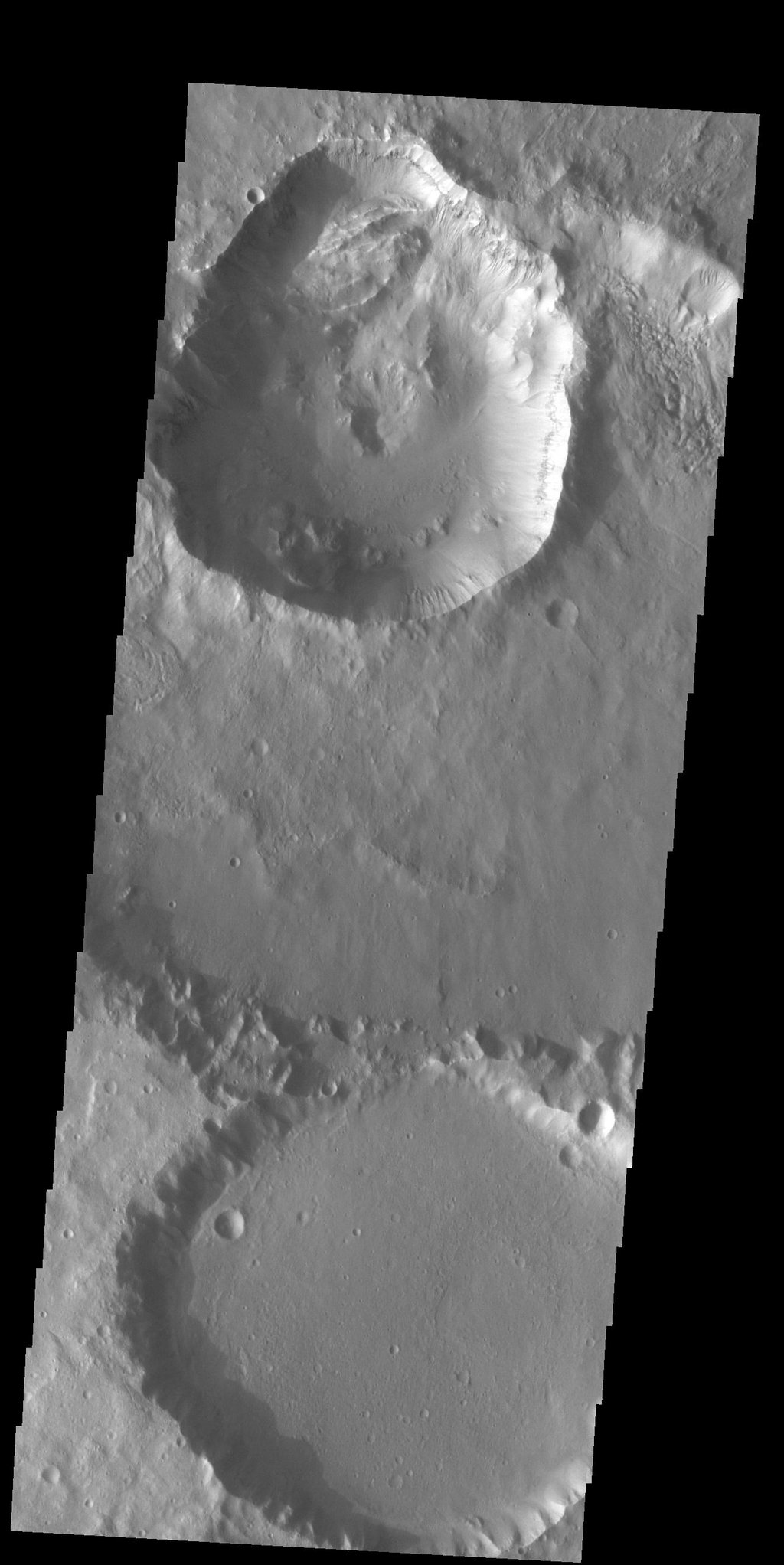 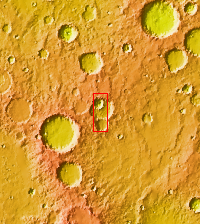 Today's VIS image contains three craters. The crater at the very top of the image was created after the larger crater beneath it. The newer crater is not the usual round/bowl shape of impact craters. The top rim is extends towards the top of the image. Continuing the rim arc of the preceding crater, it crosses under the top rim of the crater in line with a large oval block of material. Impact events alter the rock beneath and around the crater — especially around the rim. The alteration of the rock by the older cratering event affected the later impact. The large oval of material is called a slump block. Slumps occur when material moves as a block downward along concave slip faces — like the rim of the old crater. The blocks often tilt backward, ending up looking like a turtle shell. Numerous gullies can be seen all around the inner rim of the younger crater. This image is located in Terra Cimmeria.