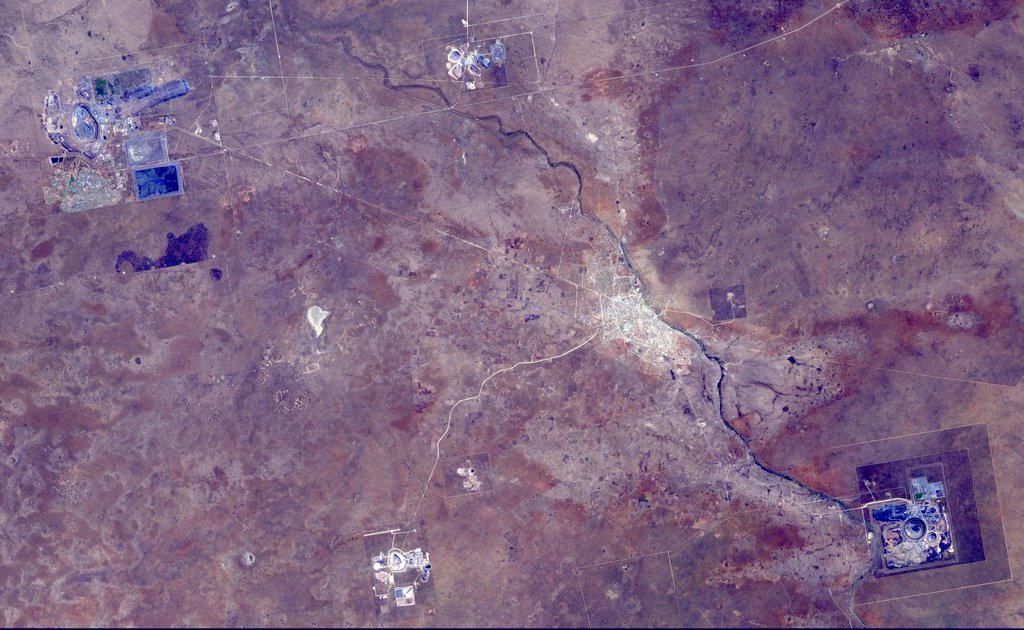 The Orapa diamond mine is the world's largest diamond mine by area. The mine is located in Botswana. It is the oldest of four mines operated by the same company, having begun operations in 1971. Orapa is an open pit style of mine, located on two kimberlite pipes. Currently, the Orapa mine annually produces approximately 11 million carats (2200 kg) of diamonds. The Letlhakane diamond mine is also an open pit construction. In 2003, the Letlhakane mine produced 1.06 million carats of diamonds. The Damtshaa diamond mine is the newest of four mines, located on top of four distinct kimberlite pipes of varying ore grade. The mine is forecast to produce about 5 million carats of diamond over the projected 31 year life of the mine. The image was acquired October 5, 2014, covers an area of 28 by 45 km, and is located at 21.3 degrees south, 25.4 degrees east.