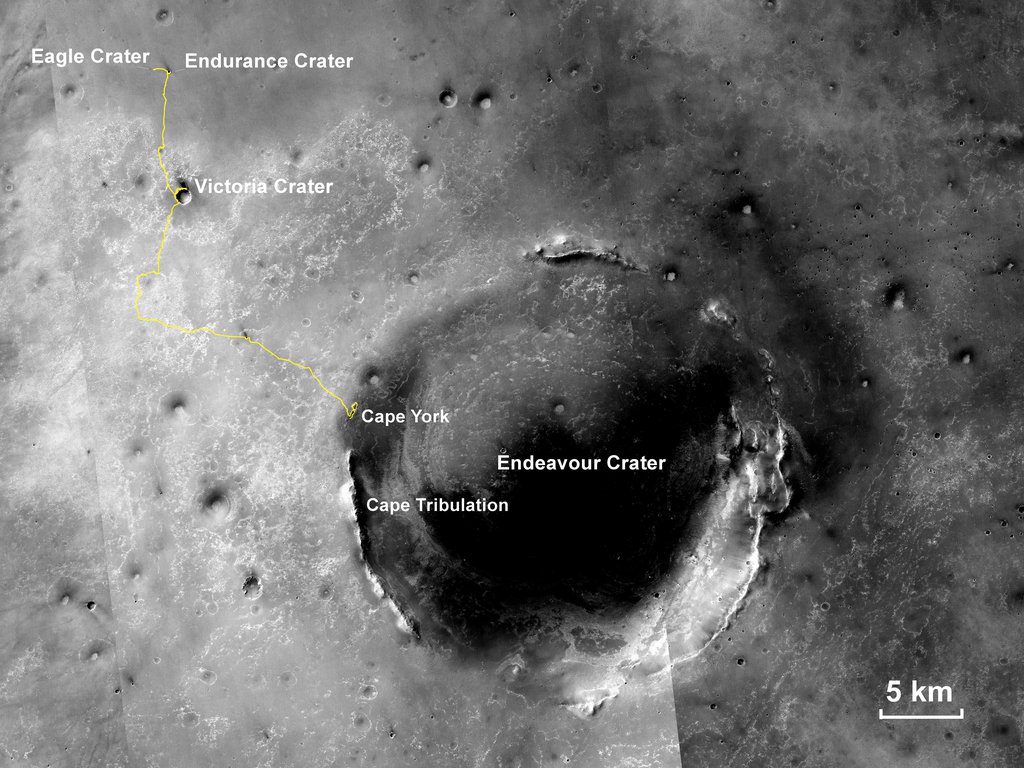 This map shows the 22.553-mile (36.295-kilometer) route driven by NASA's Mars Exploration Rover Opportunity from the site of its landing, inside Eagle crater at the upper left, to its location more than 112 months later, in late May 2013, departing the "Cape York" section of the rim of Endeavour crater.

The gold line covers traverses through the 3,323rd Martian day, or sol, of Opportunity's work on Mars (May 30, 2013). The base image for the map is a mosaic of images taken by the Context Camera on NASA's Mars Reconnaissance Orbiter. The scale bar is 5 kilometers (3.1 miles).

This traverse map was made at the New Mexico Museum of Natural History & Science, Albuquerque. NASA's Jet Propulsion Laboratory, a division of the California Institute of Technology in Pasadena, manages the Mars Exploration Rover Project and the Mars Reconnaissance Orbiter for the NASA Science Mission Directorate, Washington. Malin Space Science Systems, San Diego, built and operates the orbiter's Context Camera.