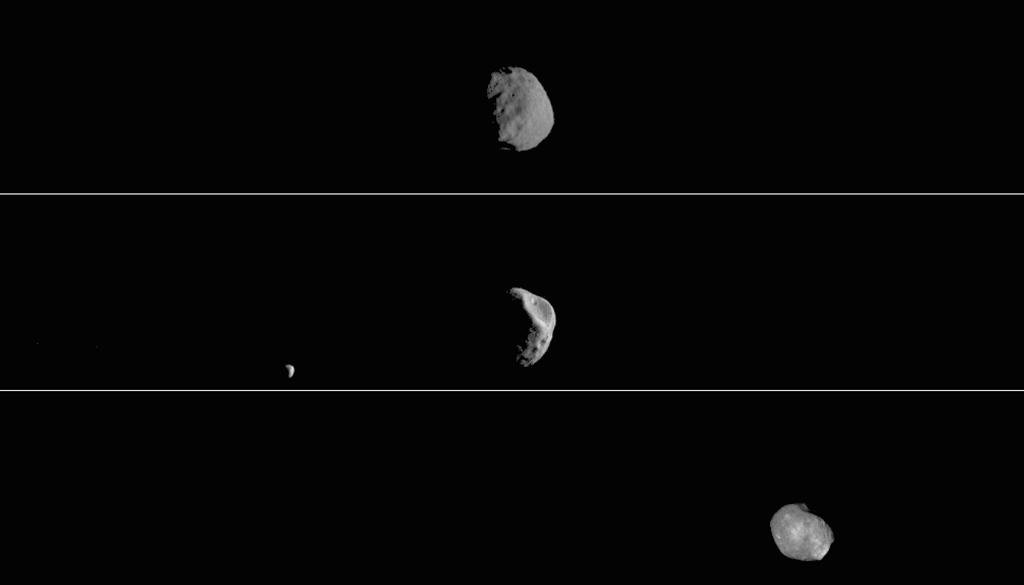 This movie shows three views of the Martian moon Phobos as viewed in visible light by NASA's 2001 Mars Odyssey orbiter. The apparent motion is due to movement by Odyssey's infrared camera, Thermal Emission Imaging System (THEMIS), rather than movement by the moon.

Each of the three panels is a series of images taken on different dates (from top to bottom): Sept. 29, 2017; Feb. 15, 2018; and April 24, 2019. Deimos, Mars' other moon, can also be seen in the second panel. While displayed here in visible-wavelength light, THEMIS also recorded thermal-infrared imagery in the same scan.