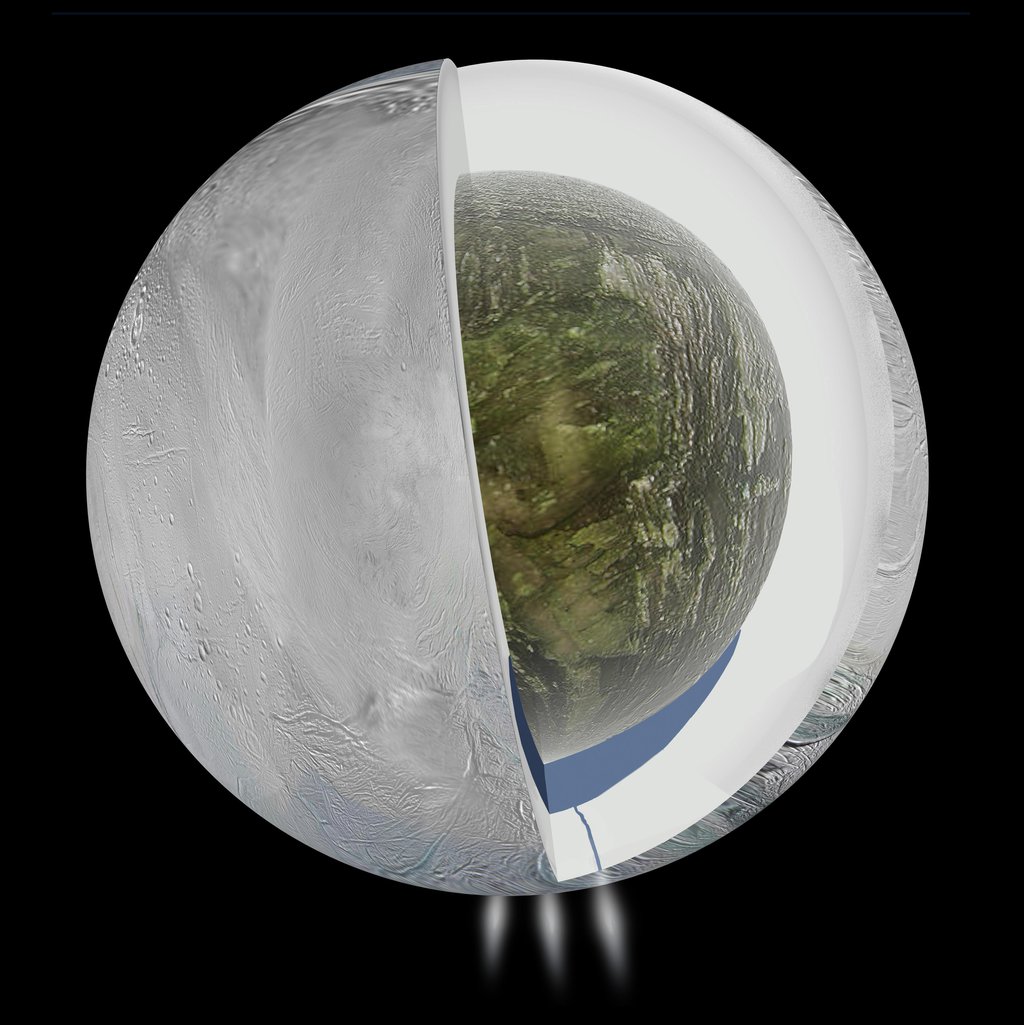 This diagram illustrates the possible interior of Saturn's moon Enceladus based on a gravity investigation by NASA's Cassini spacecraft and NASA's Deep Space Network, reported in April 2014. The gravity measurements suggest an ice outer shell and a low density, rocky core with a regional water ocean sandwiched in between at high southern latitudes.

Views from Cassini's imaging science subsystem were used to depict the surface geology of Enceladus and the plume of water jets gushing from fractures near the moon's south pole.