Not Really Starless at Saturn 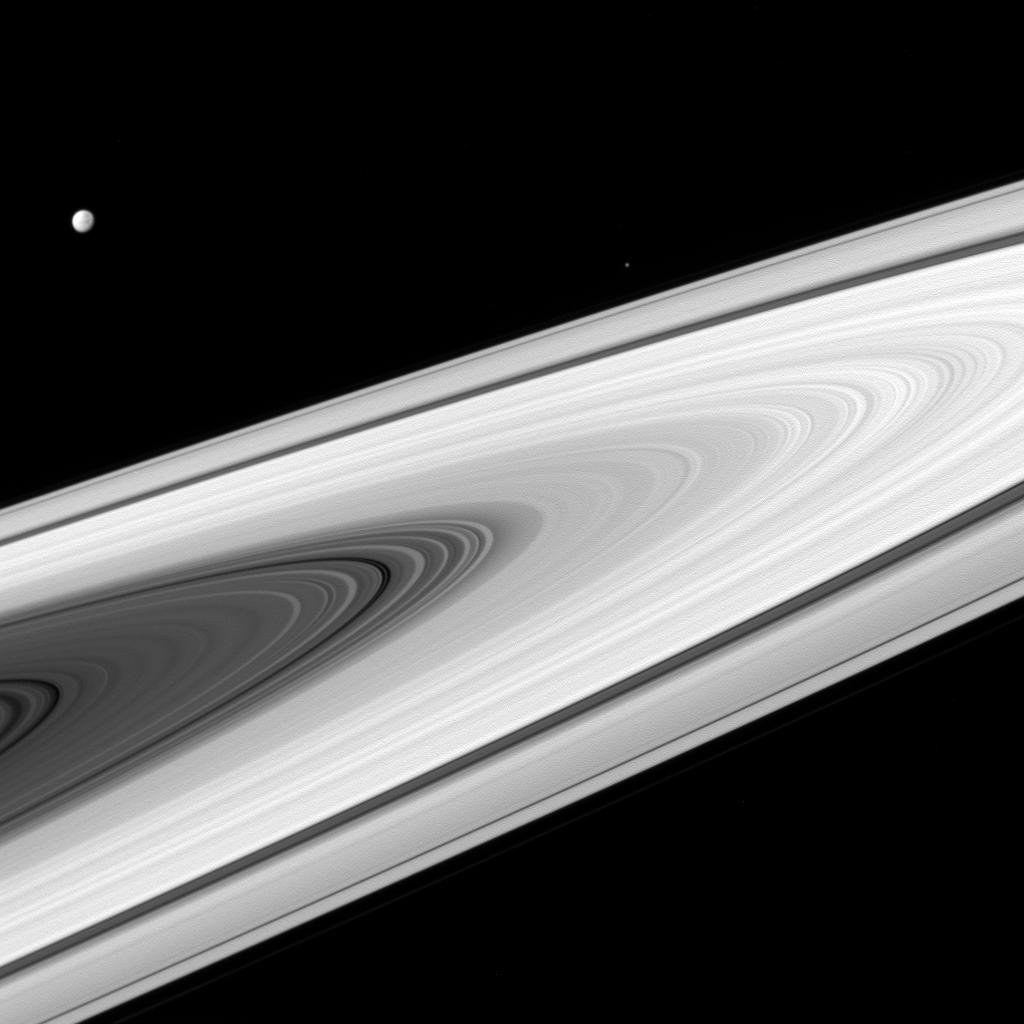 Saturn's main rings, along with its moons, are much brighter than most stars. As a result, much shorter exposure times (10 milliseconds, in this case) are required to produce an image and not saturate the detectors of the imaging cameras on NASA's Cassini spacecraft. A longer exposure would be required to capture the stars as well. Cassini has captured stars on many occasions, especially when a target moon is in eclipse, and thus darker than normal. For example, see PIA10526 .

This image looks toward the sunlit side of the rings from about 3 degrees above the ring plane. The image was taken in visible light with the Cassini spacecraft wide-angle camera on April 2, 2016.

The view was obtained at a distance of approximately 257,000 miles (413,000 kilometers) from Saturn and at a Sun-Saturn-spacecraft