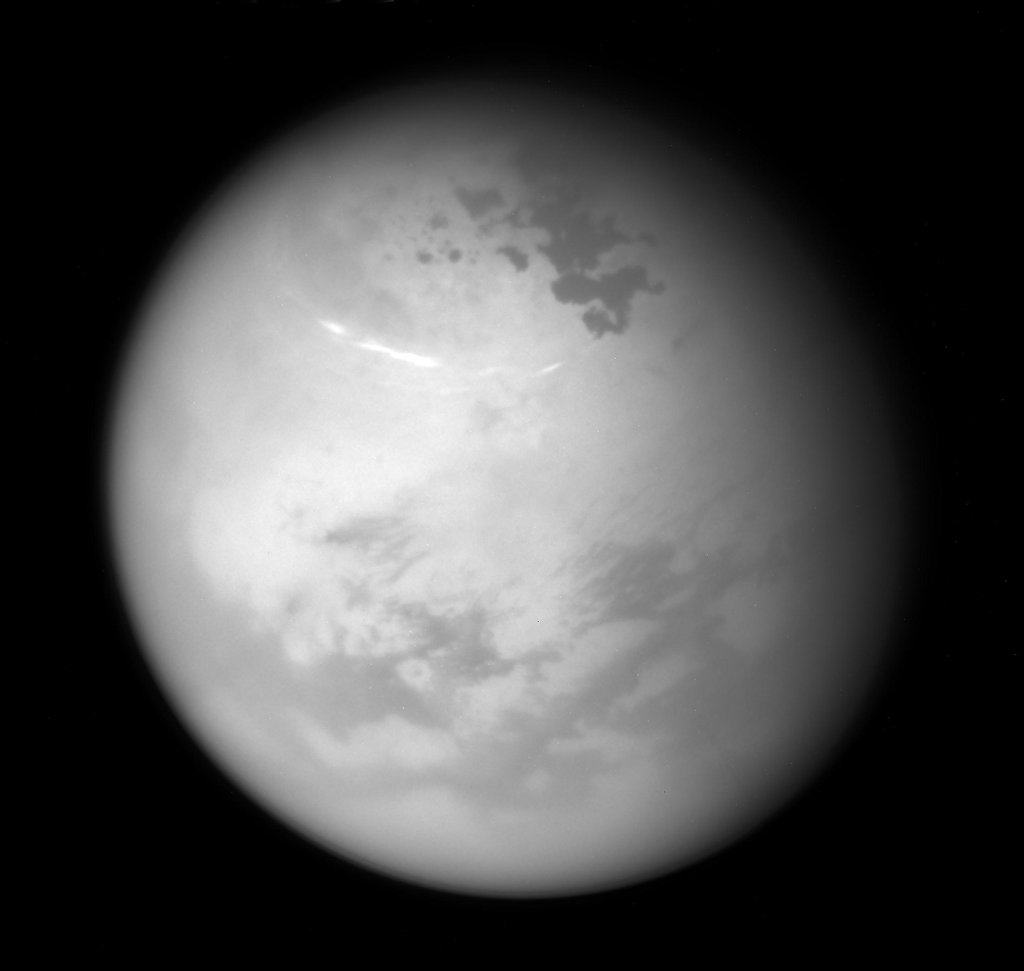 Compared to earlier in Cassini's mission, most of the surface in the moon's northern high latitudes is now illuminated by the sun. (See PIA08363 for a view of the northern hemisphere from 2007.) Summer solstice in the Saturn system occurred on May 24, 2017.

The image was taken with the Cassini spacecraft narrow-angle camera on June 9, 2017, using a spectral filter that preferentially admits wavelengths of near-infrared light centered at 938 nanometers. Cassini obtained the view at a distance of about 315,000 miles (507,000 kilometers) from Titan.