Northeastern Quadrant of the Caloris Basin 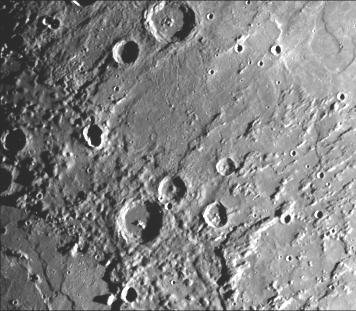 This image of the northeastern quadrant of the Caloris basin shows the smooth hills and domes between the inner and outer scarps and the well-developed radial system east of the outer scarp. This image (FDS 193) was taken during the spacecraft's first encounter with Mercury.