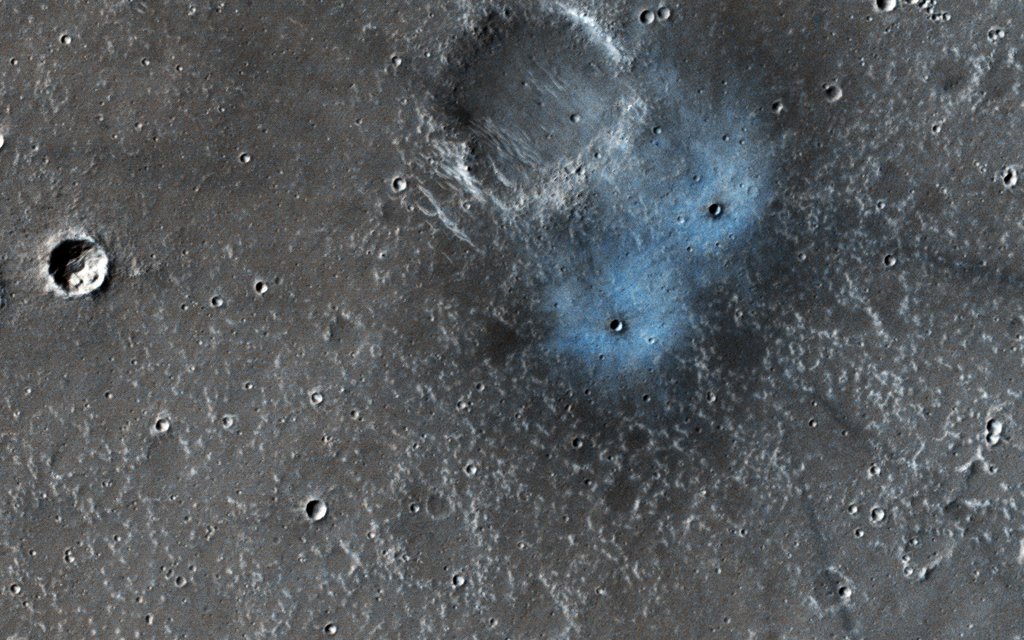 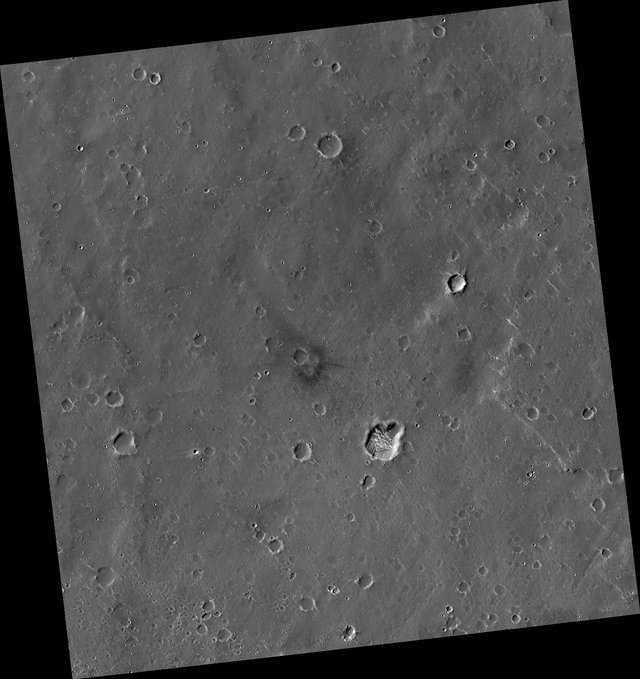 This new impact was found by NASA's Mars Reconnaissance Orbiter's Context Camera team (CTX), who asked HiRISE to take a high-resolution image. They estimated the impact happened between January 2012 and September 2016, because they have a picture from the THEMIS instrument without it before that time frame. These craters may be somewhere between two and four (Earth) years old, which is exceedingly young in geologic terms. Most of the craters we see on Mars (like others in this picture) are millions of years old.

The blue appearance is due to the intense blast of the impact moving around dust on the surface. That dust is usually light-toned and reddish in color compared to what's beneath it. When you remove the dust, you're left with a dark spot that can sometimes be blue in comparison to the redder surroundings. These features are prominent only around young impacts, because all the old craters get covered with dust again over time.

This blueish "blast zone" is very different than the exposed ice some new craters dig up. The shape, color, and brightness are distinct and tell scientists this is not ice.