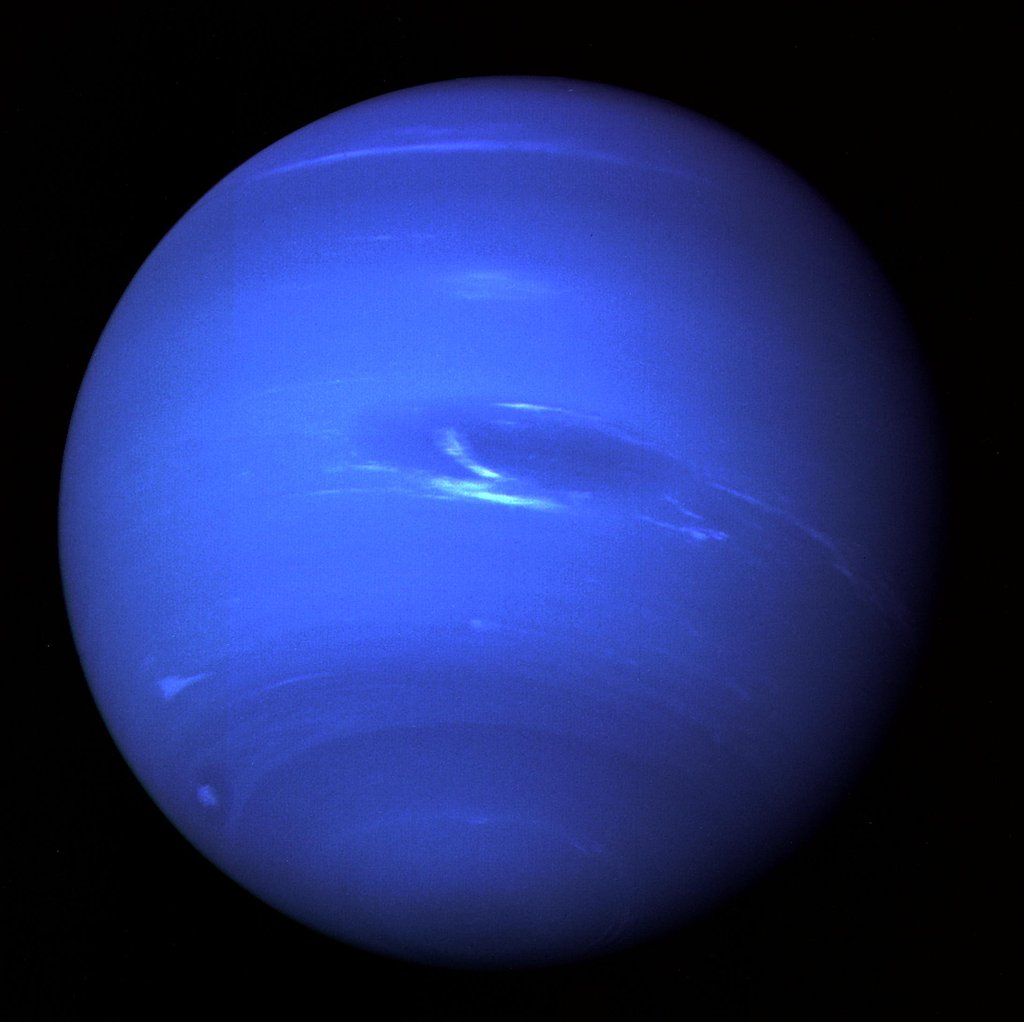 This picture of Neptune was produced from the last whole planet images taken through the green and orange filters on the Voyager 2 narrow angle camera. The images were taken at a range of 4.4 million miles from the planet, 4 days and 20 hours before closest approach. The picture shows the Great Dark Spot and its companion bright smudge; on the west limb the fast moving bright feature called Scooter and the little dark spot are visible. These clouds were seen to persist for as long as Voyager's cameras could resolve them. North of these, a bright cloud band similar to the south polar streak may be seen.

The Voyager Mission is conducted by JPL for NASA's Office of Space Science and Applications.