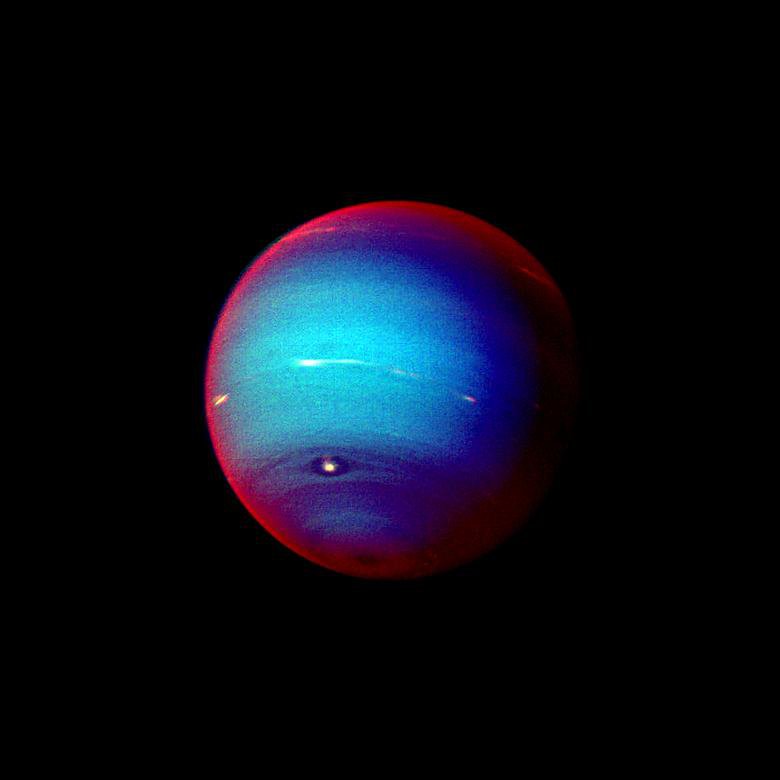 This false color photograph of Neptune was made from Voyager 2 images taken through three filters: blue, green, and a filter that passes light at a wavelength that is absorbed by methane gas. Thus, regions that appear white or bright red are those that reflect sunlight before it passes through a large quantity of methane. The image reveals the presence of a ubiquitous haze that covers Neptune in a semitransparent layer. Near the center of the disk, sunlight passes through the haze and deeper into the atmosphere, where some wavelengths are absorbed by methane gas, causing the center of the image to appear less red. Near the edge of the planet, the haze scatters sunlight at higher altitude, above most of the methane, causing the bright red edge around the planet. By measuring haze brightness at several wavelengths, scientists are able to estimate the thickness of the haze and its ability to scatter sunlight. The image is among the last full disk photos that Voyager 2 took before beginning its endless journey into interstellar space. The Voyager Mission is conducted by JPL for NASA's Office of Space Science and Applications.