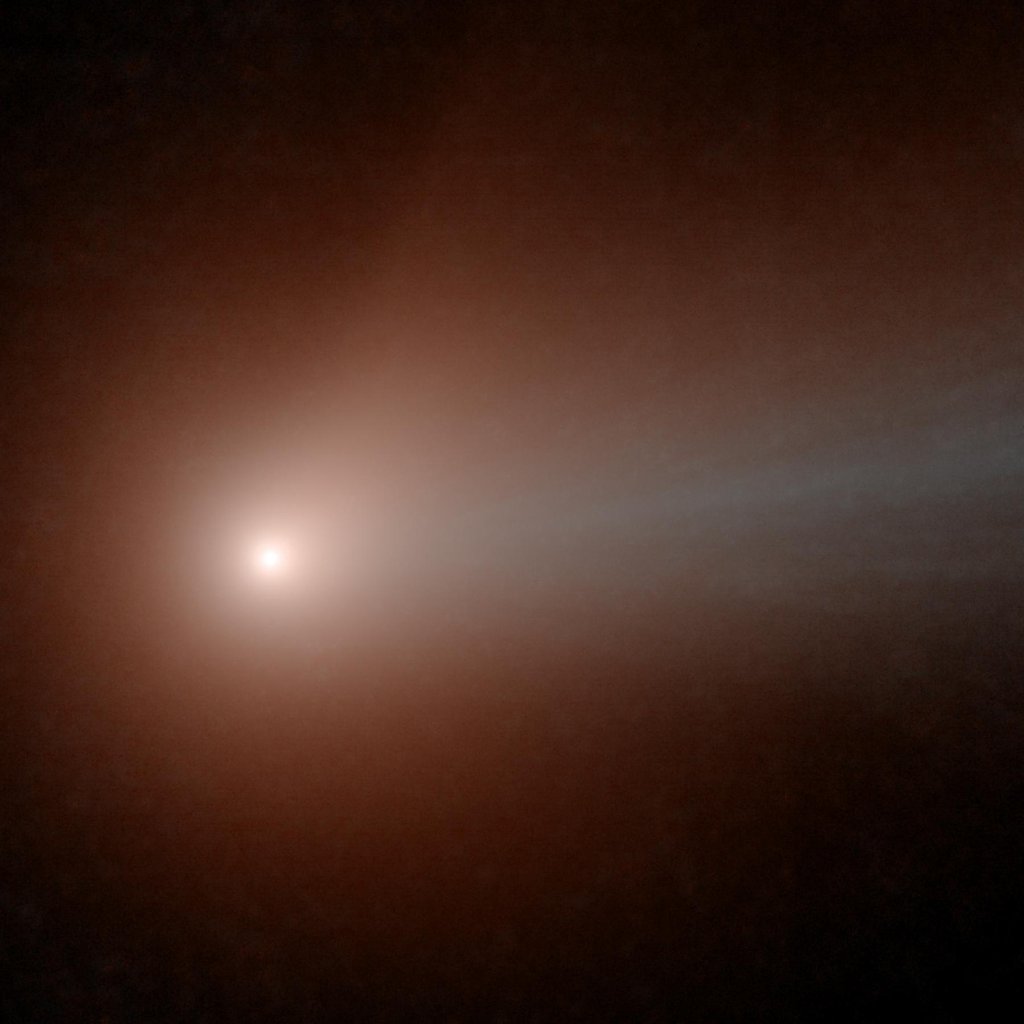 The NEOWISE spacecraft viewed comet C/2014 Q2 (Lovejoy) for a second time on January 30, 2015, as the comet passed through the closest point to our sun along its 14,000-year orbit, at a solar distance of 120 million miles (193 million kilometers). NEOWISE imaged the comet more than 20 times through its perihelion passage in late January 2015, from a distance of 70 million miles (112 million kilometers). NEOWISE's first images of the comet were taken in November 2014, when the comet was nearly a third farther than its closest distance from the sun.

In this image refinement of eight exposures, north is down and slightly right, and east is to the right and slightly up. The blue tail, composed mostly of ionized particles and small dust, extends in the anti-sunward direction, while the comet's path across the sky is mostly down and to the left in this image. The frame is half a degree on the sky, or about 62,000 miles (100,000 kilometers) at the comet.

Comet Lovejoy was the brightest comet in Earth's sky in early 2015. A chart of its location in the sky during dates in January 2015 is at PIA19103 .For more information about NEOWISE (the Near-Earth Object Wide-field Survey Explorer), see http://neowise.ipac.caltech.edu.