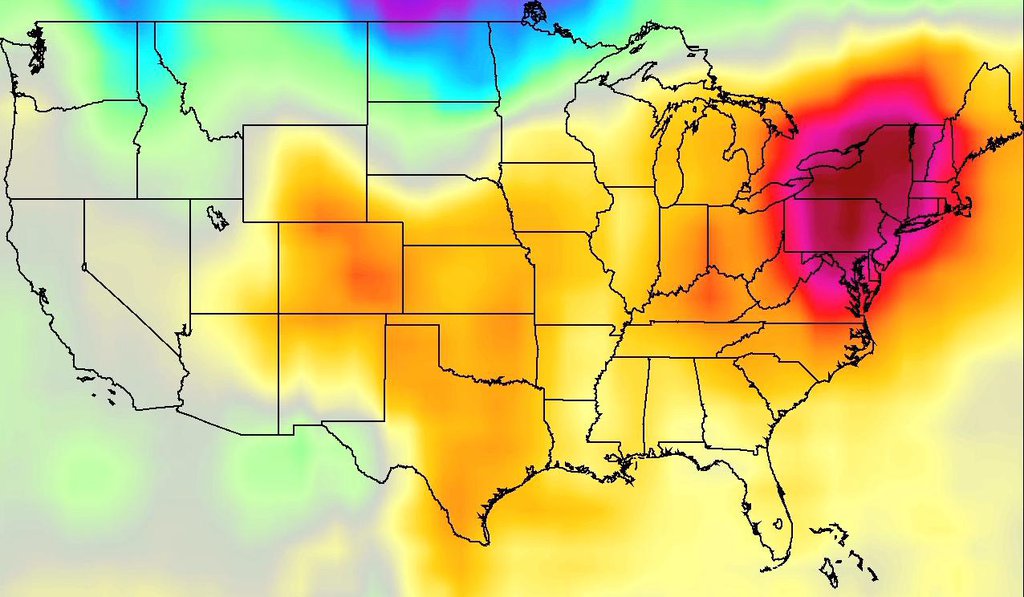 The continuing heat wave in the United States in July 2011 has broken temperature records in many locations, killed dozens and seen nearly half of all Americans under heat advisories at its peak. These four movies, created from data from NASA's Atmospheric Infrared Sounder (AIRS) instrument on NASA's Aqua spacecraft for the period from July 16-24, show the movement of a dome of heat across the eastern two-thirds of the country. They highlight two familiar temperatures: surface air temperature and surface skin temperature, during both daytime and nighttime conditions.