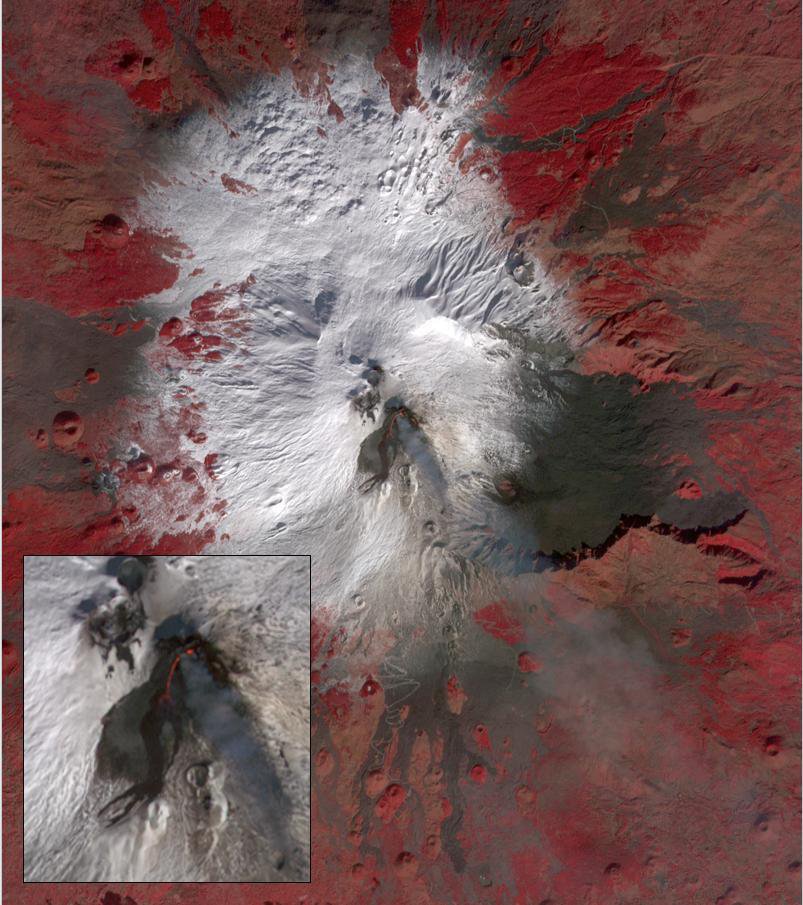 Starting December 13, 2020, a strong eruptive episode began at Mt. Etna's New SE summit crater. Lava fountains produced a new lava flow, traveling to the SW. The fresh lava is hot enough to be incandescent, and appears as a red "snake" issuing from the crater's flank. The lava fountain appears as a separate red area at the crater's summit. A faint gray plume streams southeastward from the crater. Analysis of the thermal infrared data reveals that the plume's composition is dominated by SO2. The image was acquired December 15, 2020, covers an area of 12 by 13.5 km, and is located at 37.7 degrees north, 15 degrees east.