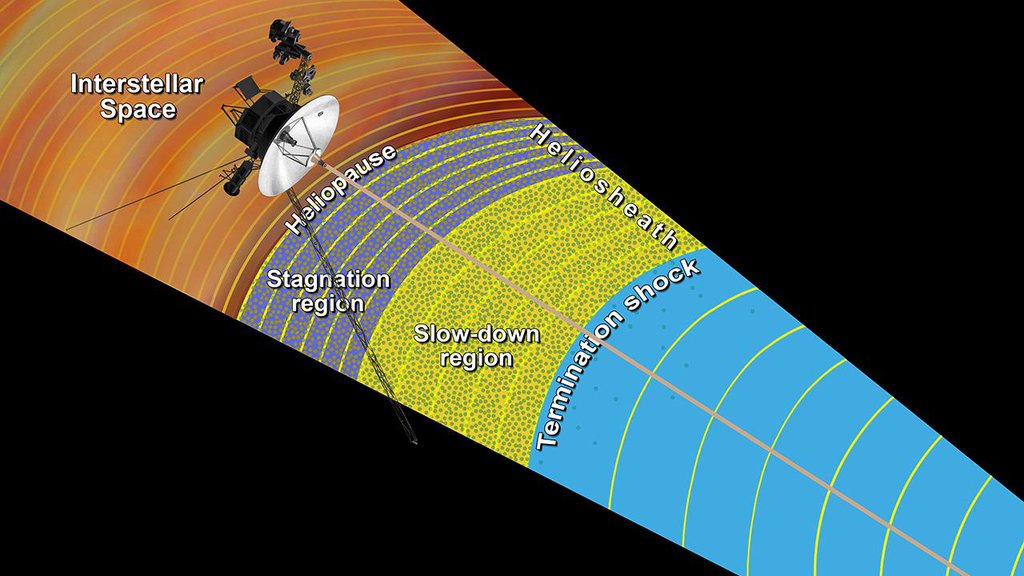 In the outer layers of the solar bubble -- labeled here the "slow-down region" and the "stagnation region" -- the magnetic field lines generated by our sun are piling up and intensifying. The green dots are the low-energy charged particles that are accelerated in the heliosphere's turbulent outer layer.

The heliosheath, or the outer layer of our solar bubble, begins at the termination shock, where the wind of plasma that streams off the sun abruptly slows down from supersonic speeds and becomes turbulent. In the slow-down region, the solar wind slows down and stops moving outward in the stagnation region.