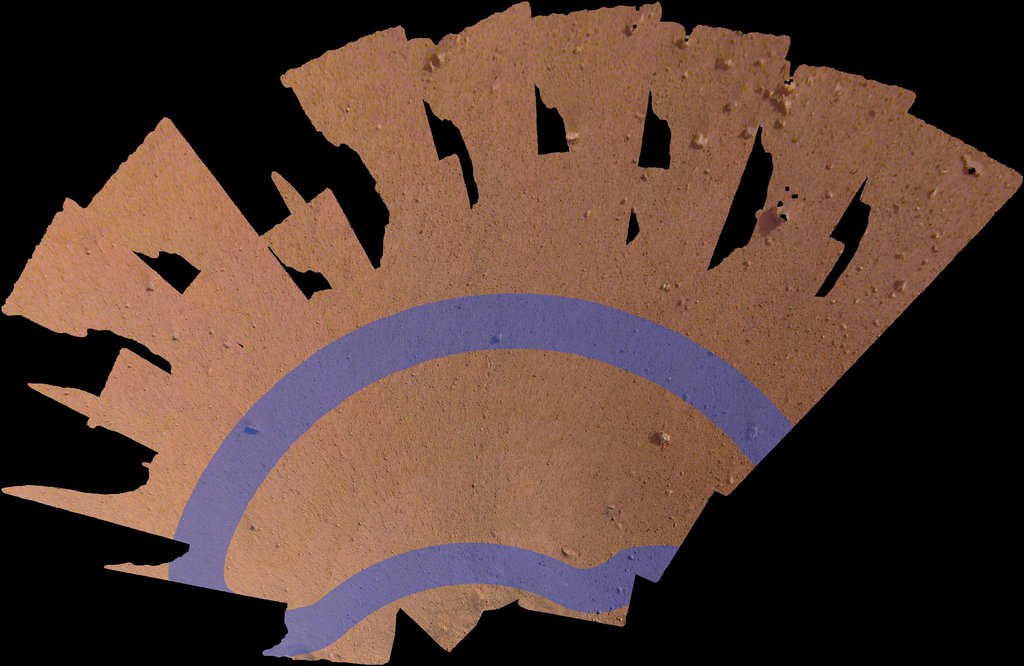 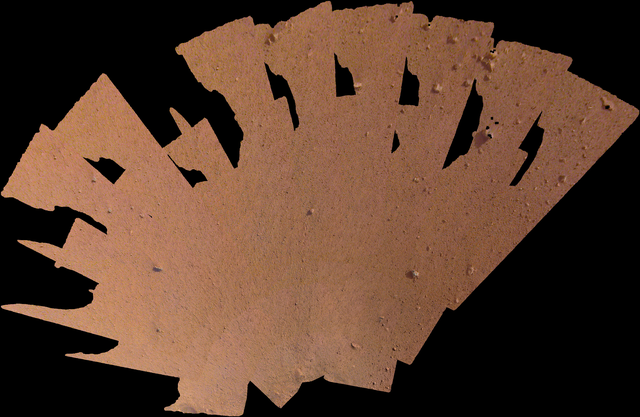 This mosaic, made of 52 individual images from NASA's InSight lander, shows the workspace where the spacecraft will eventually set its science instruments. The workspace is roughly 14 by 7 feet (4 by 2 meters). The lavender annotation shows where InSight's seismometer (called the Seismic Experiment for Interior Structure, or SEIS) and heat flow probe (called the Heat Flow and Physical Properties Package, or HP3) can be placed.

An unannotated version is also available.