Montage of Neptune and Triton 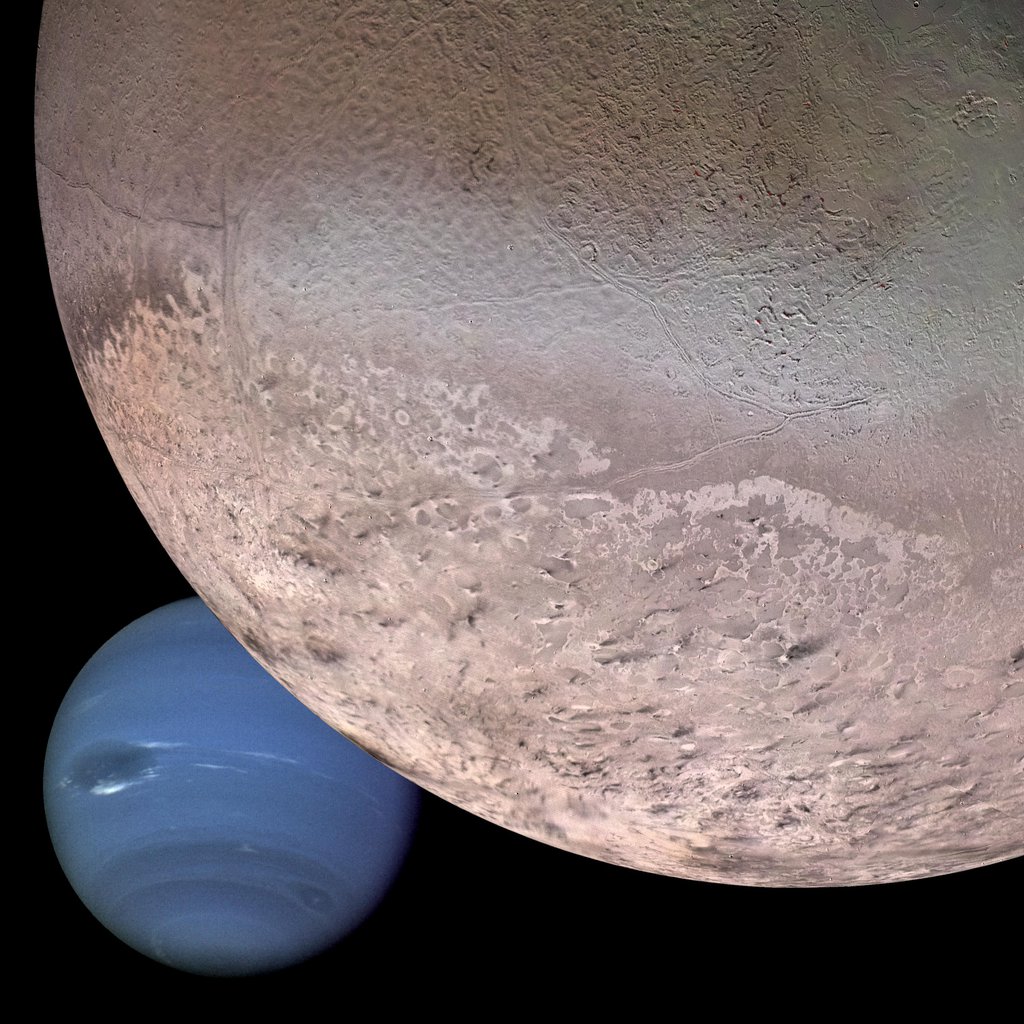 This computer generated montage shows Neptune as it would appear from a spacecraft approaching Triton, Neptune's largest moon at 2706 km (1683 mi) in diameter. The wind and sublimation-eroded south polar cap of Triton is shown at the bottom of the Triton image, a cryovolcanic terrain at the upper right, and the enigmatic "cantaloupe terrain" at the upper left. Triton's surface is mostly covered by nitrogen frost mixed with traces of condensed methane, carbon dioxide, and carbon monoxide. The tenuous atmosphere of Triton, though only about one-hundredth of one percent of Earth's atmospheric density at the surface, is thick enough to produce wind-deposited streaks of dark and bright materials of unknown composition in the south polar cap region. The southern polar cap was sublimating at the time of the Voyager 2 flyby, as indicated by the irregular and eroded appearance of the edge of the cap. The polar frosts were sublimating because Triton's orbital and rotational motion causes the sun to shine directly on the polar cap for a period of several decades during Neptune's and Triton's long austral summer. Though the polar cap was undergoing "heat death," surface temperatures still were only about 38 K (-391 degrees Fahrenheit).