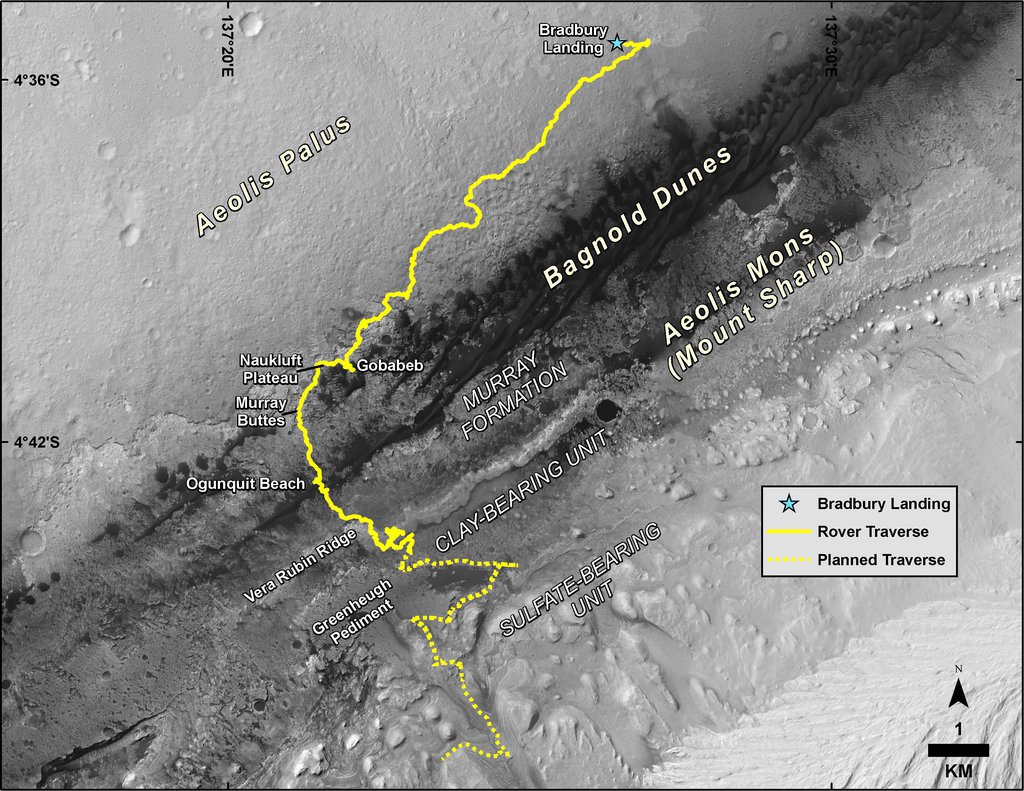 This map shows the route driven by NASA's Curiosity Mars rover, from the location where it landed in August 2012 to its location in August 2019, and its planned path to additional geological layers of lower "Mount Sharp." The blue star near top center marks "Bradbury Landing," the site where Curiosity arrived on Mars on Aug. 5, 2012, PDT (Aug. 6, EDT and Universal Time). Curiosity landed on Aeolis Palus, the plains surrounding Aeolis Mons (Mount Sharp) in Gale Crater.

The scale bar at lower right represents one kilometer (0.62 mile). For a broader-context image of the area, see PIA16058.