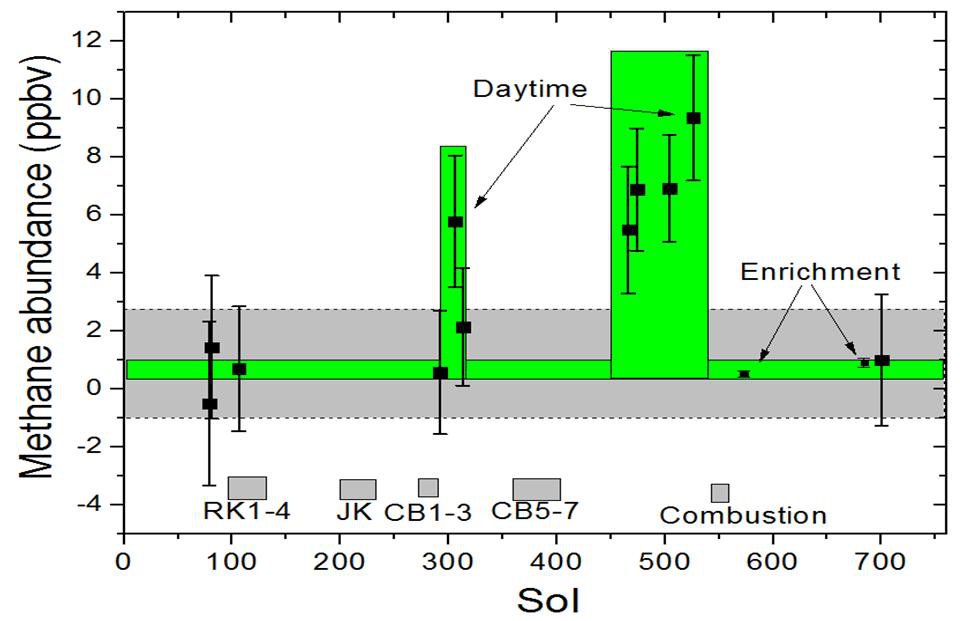 This graphic shows tenfold spiking in the abundance of methane in the Martian atmosphere surrounding NASA's Curiosity Mars rover, as detected by a series of measurements made with the Tunable Laser Spectrometer (TLS) instrument in the rover's Sample Analysis at Mars (SAM) laboratory suite.

The graph covers a span of time from August 2012 to September 2014, labeled on the horizontal axis by the number of sols, or Martian days, since the rover's landing on Mars -- sols 1 through 750. The TLS measurements are indicated by small black squares on the graph, each with a vertical bar representing the margin of uncertainty in that sol's measurement. The measurements cover a 20-month span. Methane concentration in the Martian atmosphere samples climbed to several parts per billion by volume (ppbv, meaning several methane molecules per billion molecules of Martian atmosphere) during a short portion of that period. It averaged about 7 ppbv in those measurements. Both before and after the spike, the measured concentration was at or below about 1 ppbv, averaging 0.7 ppbv.