Martian Terrain as Viewed in AI4Mars 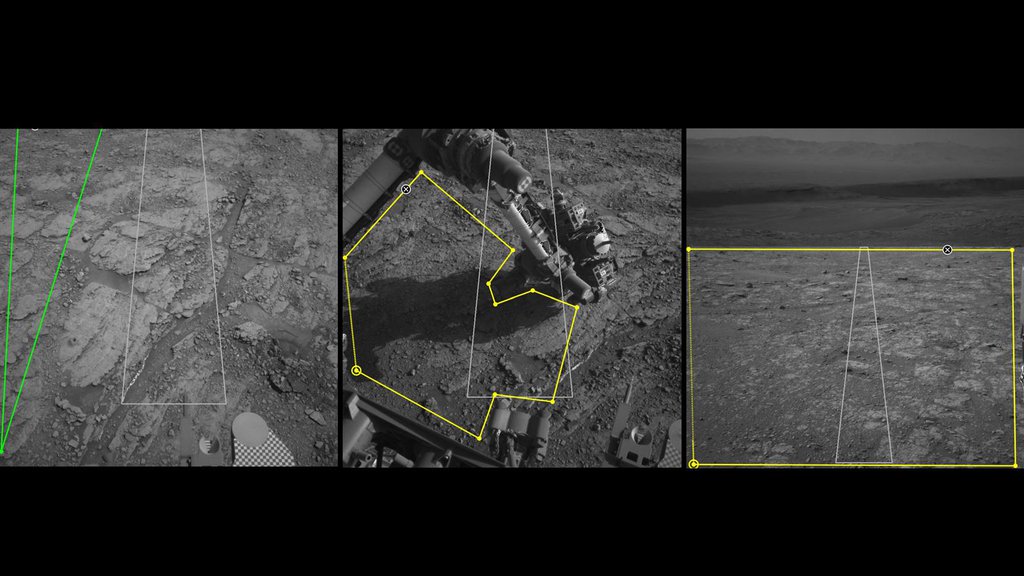 Three images from the public tool AI4Mars show different kinds of Martian terrain as seen by NASA's Curiosity rover. By drawing borders around terrain features and assigning one of four labels to them, you can help train an algorithm that will automatically identify favorable and hazardous terrain for Curiosity's rover planners. You can visit AI4Mars here.

All three images were generated by Curiosity's black-and-white Navigation Cameras. In the lower right corner of the first image on the left, the circle and checkerboard on is the Sample Playground, where samples of soil or pulverized rock can be trickled to study their physical properties. In the center are Curiosity's robotic arm and turret, a collection of science tools on the end of the arm.