MarCO Being Tested in Sunlight 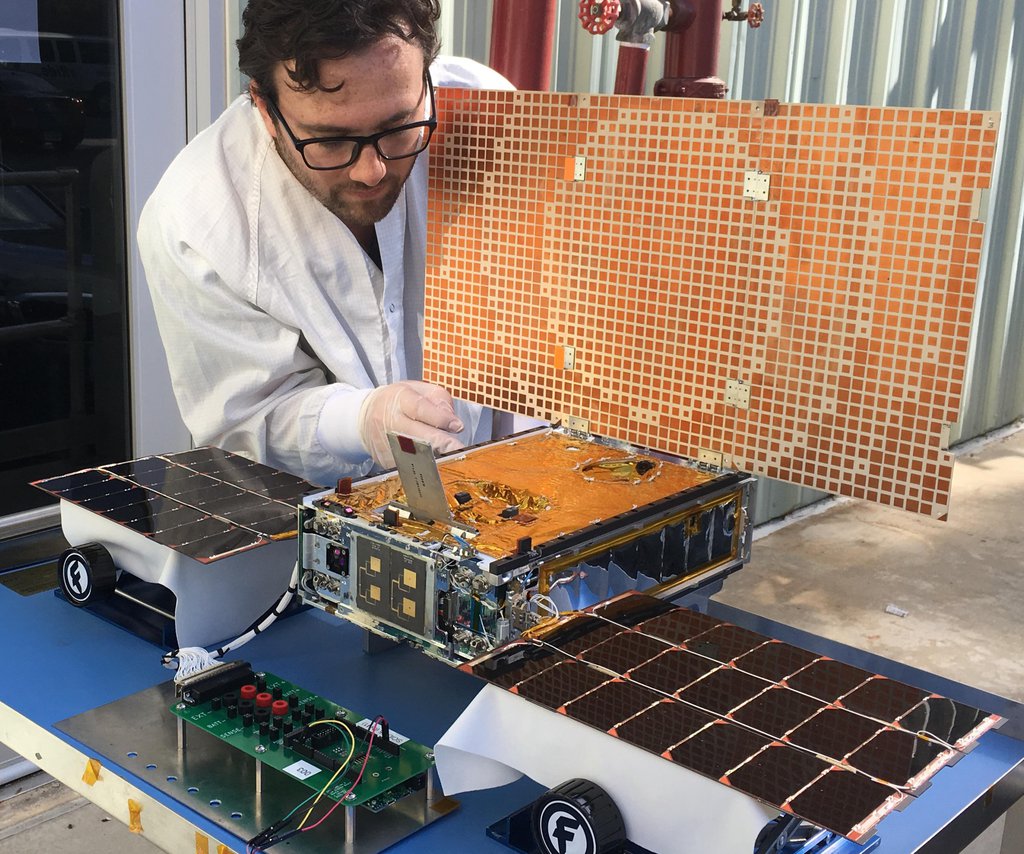 Engineer Joel Steinkraus uses sunlight to test the solar arrays on one of the Mars Cube One (MarCO) spacecraft at NASA's Jet Propulsion Laboratory. The MarCOs will be the first CubeSats -- a kind of modular, mini-satellite -- flown into deep space. They're designed to fly along behind NASA's InSight lander on its cruise to Mars. If they make the journey to Mars, they will test a relay of data about InSight's entry, descent and landing back to Earth. Though InSight's mission will not depend on the success of the MarCOs, they will be a test of how CubeSats can be used in deep space.