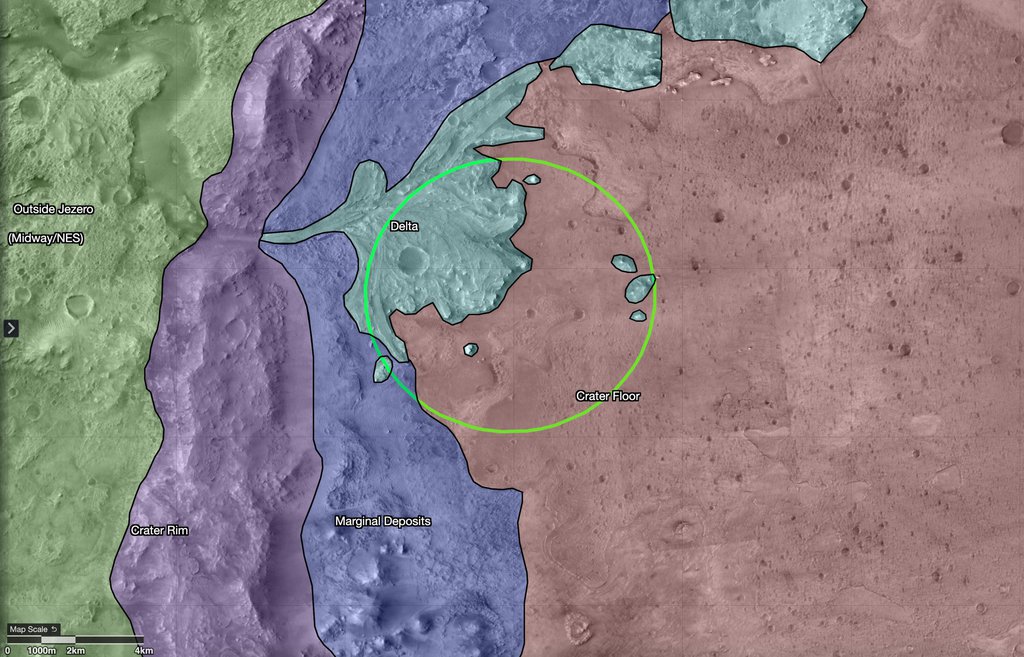 This map shows regions in and around Jezero Crater on Mars, the landing site of NASA's Perseverance rover. The green circle represents the rover's landing ellipse.

Jezero held a lake and river delta billions of years ago; scientists want to capture samples of rock in these regions that may contain evidence of ancient microscopic life, which will be returned to Earth by a future mission for extensive study. Each of these regions represents a distinct area that may hold different kinds of evidence. The outermost region, called Midway/Northeast Syrtis, could be considered for exploration after the rover's primary mission.

The map was created in a tool called Campaign Analysis Mapping and Planning (CAMP), developed by NASA's Jet Propulsion Laboratory, a division of Caltech in Southern California, which manages the Mars 2020 Perseverance rover mission for NASA's Science Mission Directorate in Washington. Data for the map was provided by the High-Resolution Imaging Science Experiment (HiRISE), one of the cameras aboard NASA's Mars Reconnaissance Orbiter, also managed by JPL. The University of Arizona, in Tucson, operates HiRISE, which was built by Ball Aerospace & Technologies Corp., in Boulder, Colorado.