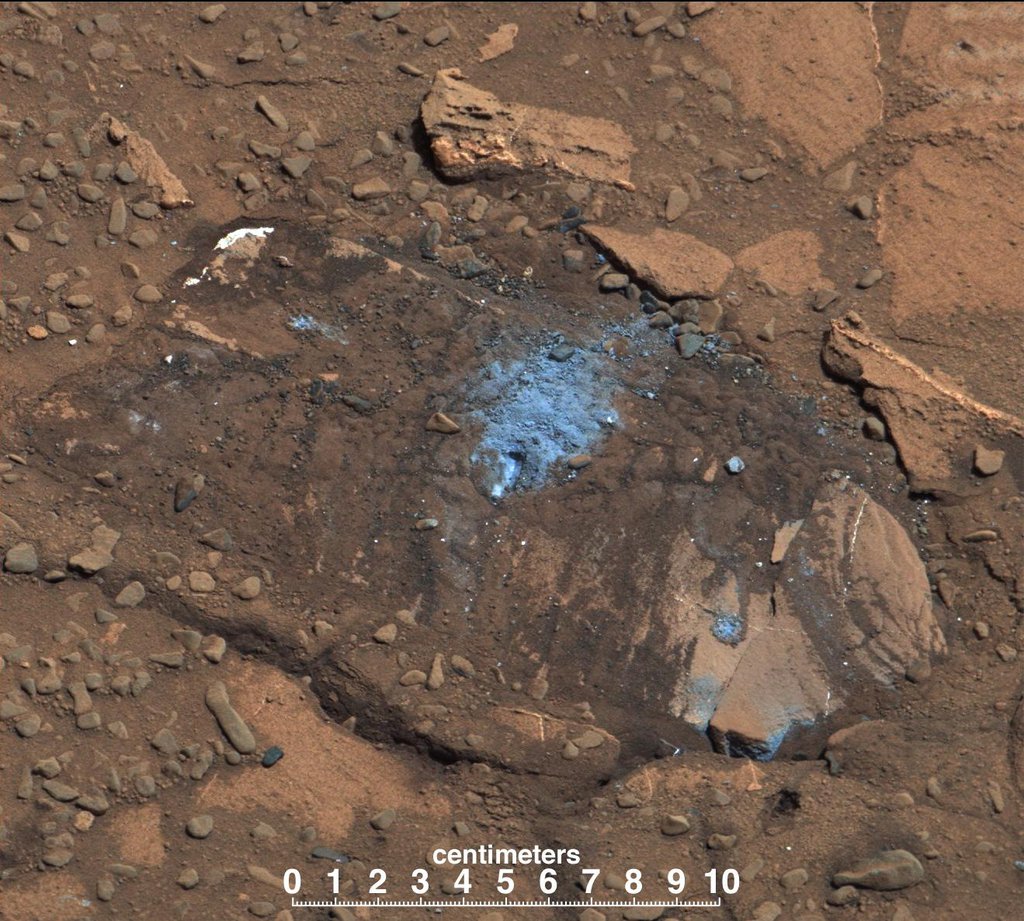 The "Bonanza King" rock on Mars, pictured here, was tapped by the drill belonging to NASA's Mars rover Curiosity. The tapping resulted in sand piling up on the rock after drilling, showing the rock was not firmly in place. Because of the loose rock, the drill hole was not completed.

Vibrations from the drilling cleaned off some of the rock veins, revealing a lighter color. The tailings from the incomplete drill hole are actually a gray-green color.