Looking Down on the Hexagon in Infrared 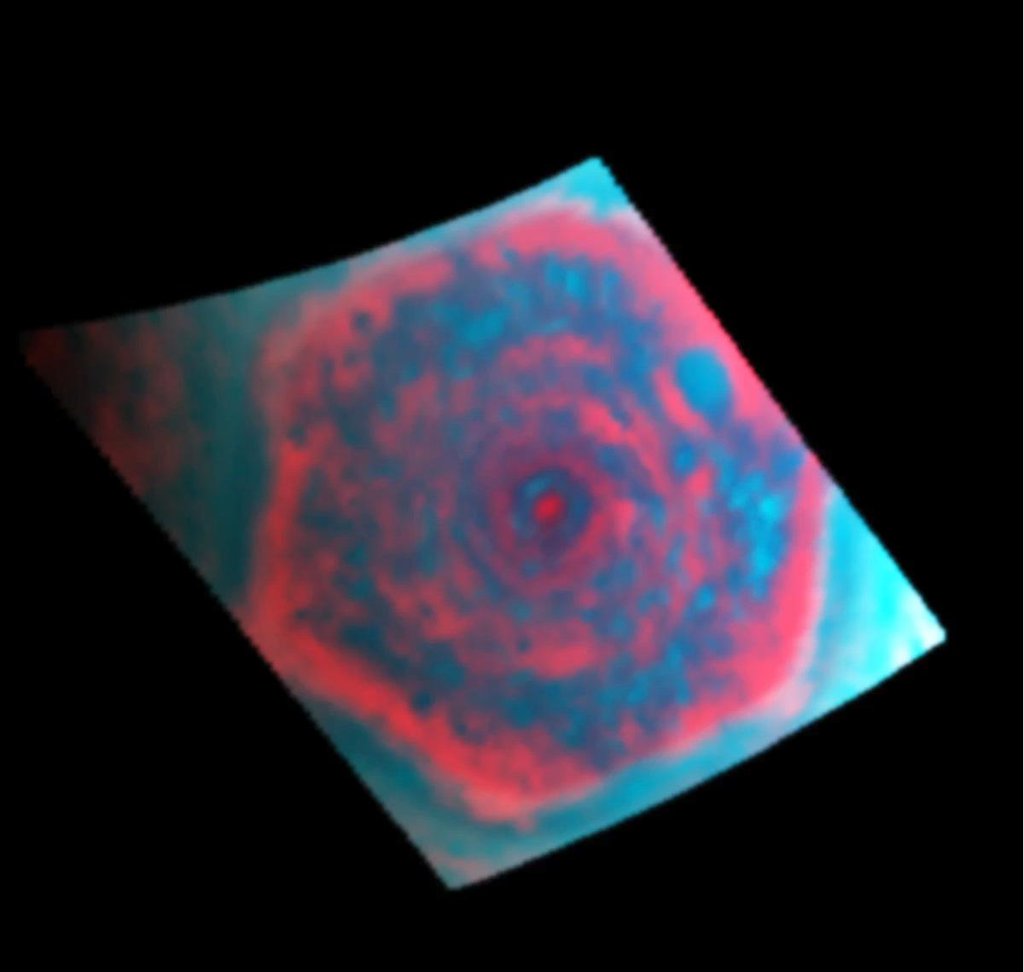 This colorized movie from NASA's Cassini mission shows a polar projection of the curious six-sided jet stream at Saturn's north pole known as "the hexagon" in the infrared. The movie covers 2 hours and 53 minutes in real time and it was sped up here. It was made from data obtained by Cassini's visual and infrared mapping spectrometer in the 5-micron wavelength of radiation.

These clouds are about 16 miles (25 kilometers) thick, towering up from deep in the atmosphere where there is around 3 bars of pressure. The relatively large cloud particles block the infrared (red) light from the 3-bar level higher up through the 1-bar level. There, these clouds reflect sunlight (blue/green). Surrounding the clouds are areas of nearly clear skies that allow the infrared light from Saturn's interior to shine through. Both the clouds and the clear-sky region can be seen rotating counter-clockwise about the pole within both the six-sided jet stream known as "the hexagon" and the circular polar vortex inside the hexagon.

The longitudes of Saturn are fixed in this movie. As the planet spins, the sun appears to rotate clockwise about the pole, causing the tops of the clouds to brighten and dim as the sun passes overhead. The infrared light levels in cloud clearings (red) change largely because of the changing viewing geometry as the planet rotates.

These clouds are composed of relatively large particles and are thick, blocking light so they appear dark. These kinds of clouds tend to lie deep in Saturn's atmosphere, at about 3 bars of pressure.

The images were obtained on June 14, 2013. There are 20 images in this movie, each taken with a 120-millisecond exposure time.

A related version showing the hexagon in infrared as captured from Cassini's point of view can be seen at PIA17653.