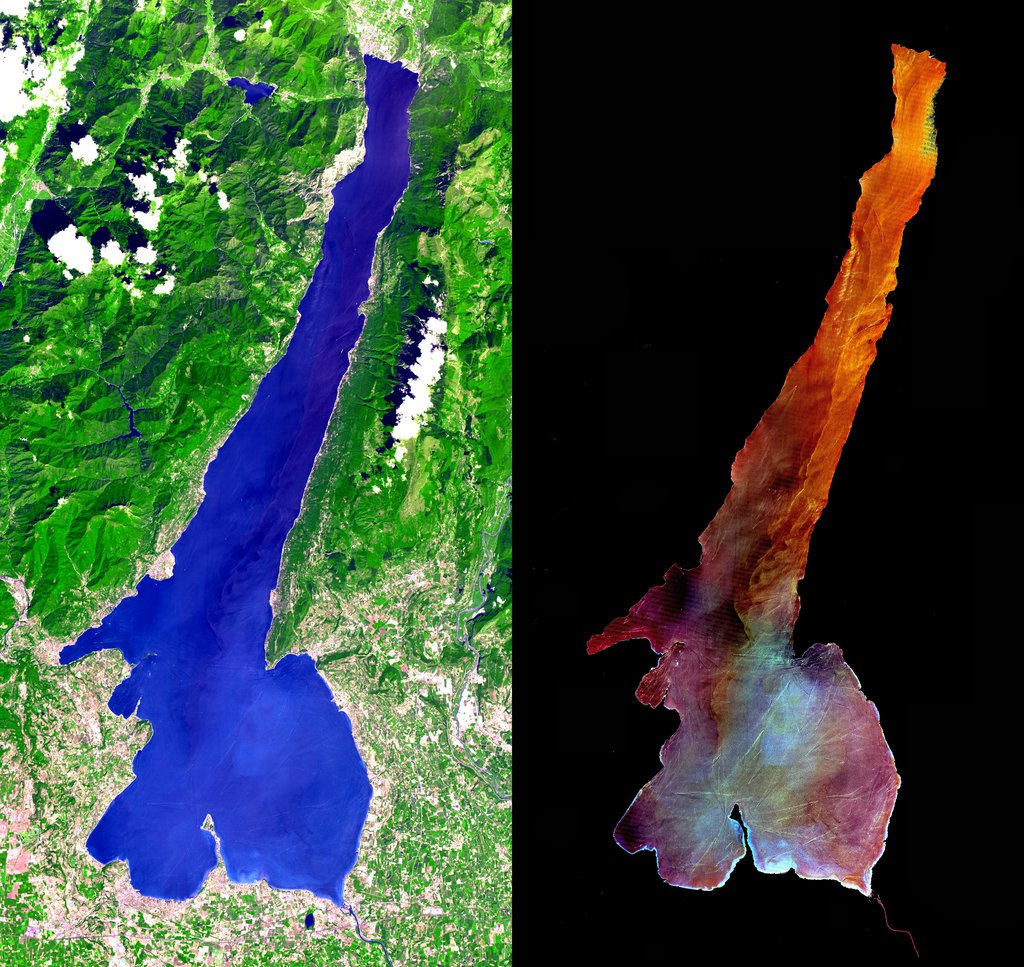 This ASTER image was acquired on July 29, 2000 and covers an area of 30 by 57 km in northern Italy. Lake Garda was formed by glaciers during the last Ice Age, and is Italy's largest lake. Lago di Garda lies in the provinces of Verona, Brescia, and Trento, and is 51 kilometers (32 miles) long and from 3 to 18 kilometers (2 to 11 miles) wide. The Sarca is its chief affluent, and the lake is drained southward by the Mincio, which discharges into the Po River. Many villas are situated on its shores. On the peninsula of Sirmione, at the southern end of the lake, are the ruins of a Roman villa and a castle of the Scaligers, an Italian family of the 16th century. The RIGHT image has the land area masked out, and a harsh stretch was applied to the lake values to display variations in sediment load. Also visible are hundreds of boats and their wakes, criss-crossing the lake.