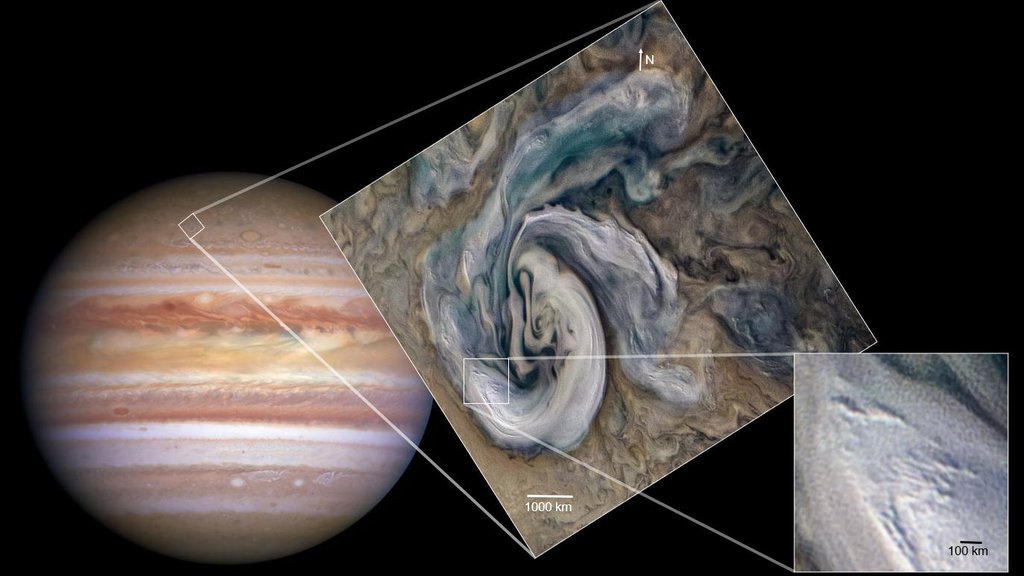 In this annotated, graphic of Jupiter, small, bright "pop-up" clouds rise above the surrounding features in this cyclonic Jovian storm system, dubbed the "Nautilus." The image at left, taken by the Hubble Space Telescope — which observed the storm — was taken on July 16, 2018. The Juno spacecraft's JunoCam captured the storm at higher resolution on July 16, 2018, during Juno's 13th science flyby of Jupiter. The image at right, a magnification of the JunoCam image, offers a closer view. Storms like these pop-up clouds are believed to be the tops of the extreme ammonia-water thunderclouds that produce "shallow lightning" and Jovian hailstones — or "mushballs" — high in Jupiter's atmosphere.

The solar-powered Jupiter explorer launched on Aug. 5, 2011 and went into orbit around the gas giant on July 4, 2016.