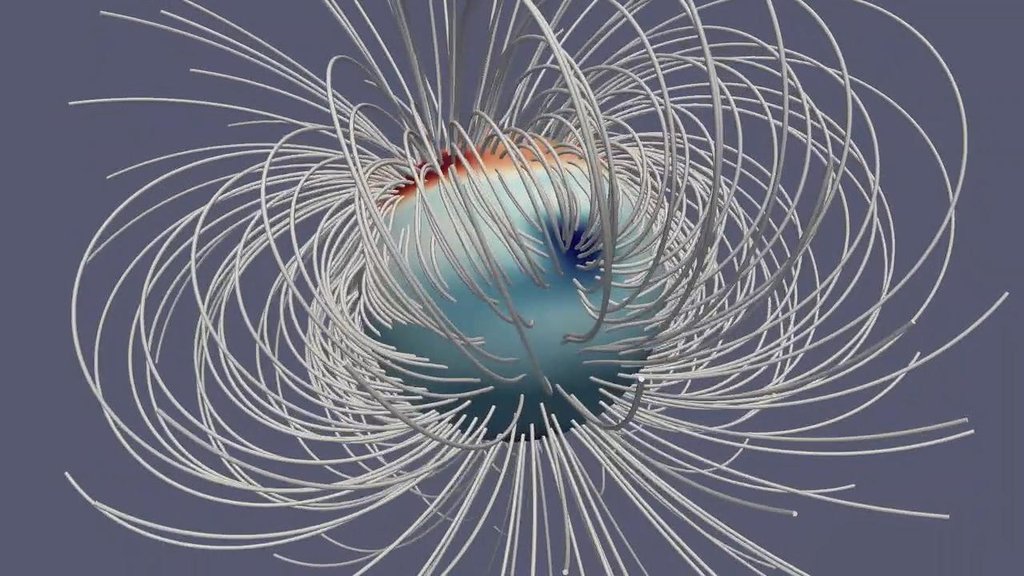 This animation illustrates Jupiter's magnetic field at a single moment in time. The Great Blue Spot, an-invisible-to-the-eye concentration of magnetic field near the equator, stands out as a particularly strong feature. The gray lines (called field lines) show the field's direction in space, and the deepness of the color corresponds to the strength of the magnetic field (with dark red and dark blue for regions with strongly positive and strongly negative fields, respectively).

The animation first appeared in a Sept. 5, 2018, paper in the Journal Nature.