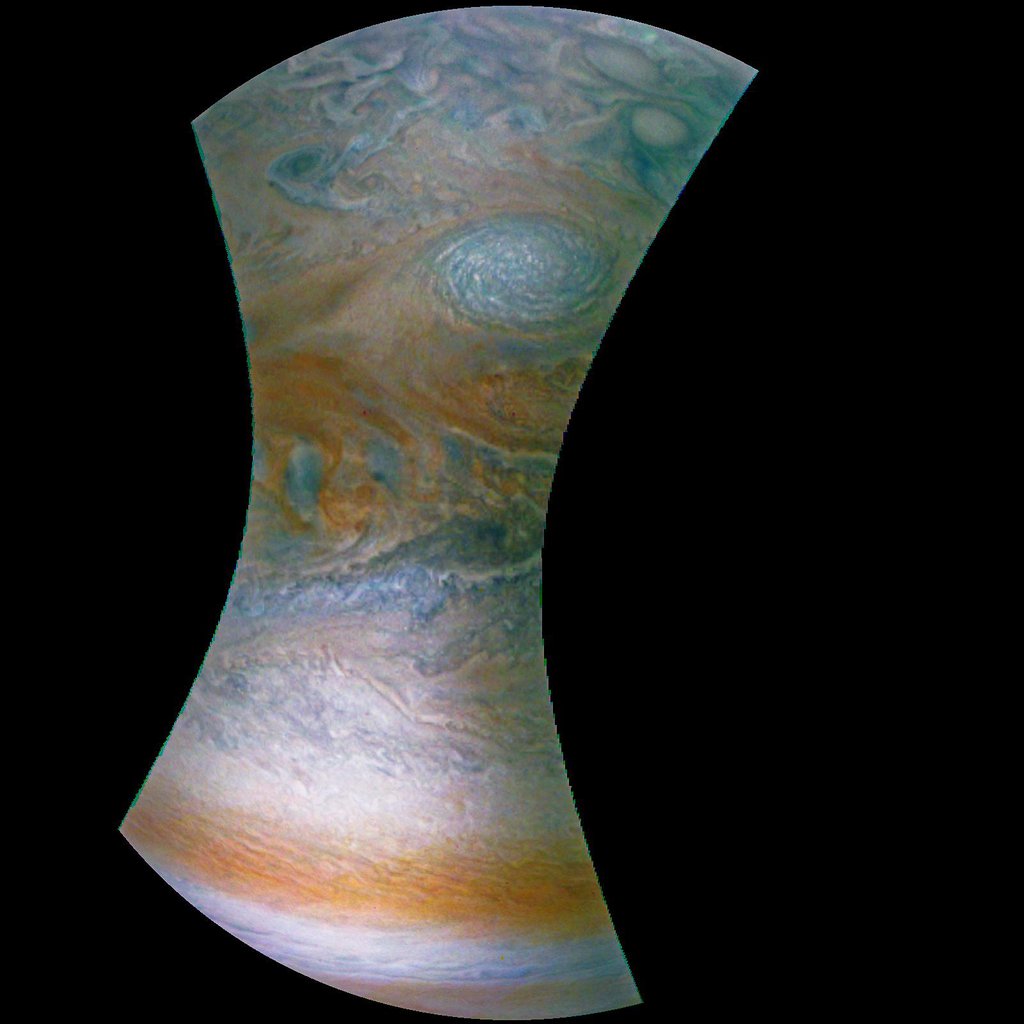 This image was created by citizen scientist Emma Walimaki using data from the JunoCam imager on NASA's Juno spacecraft.