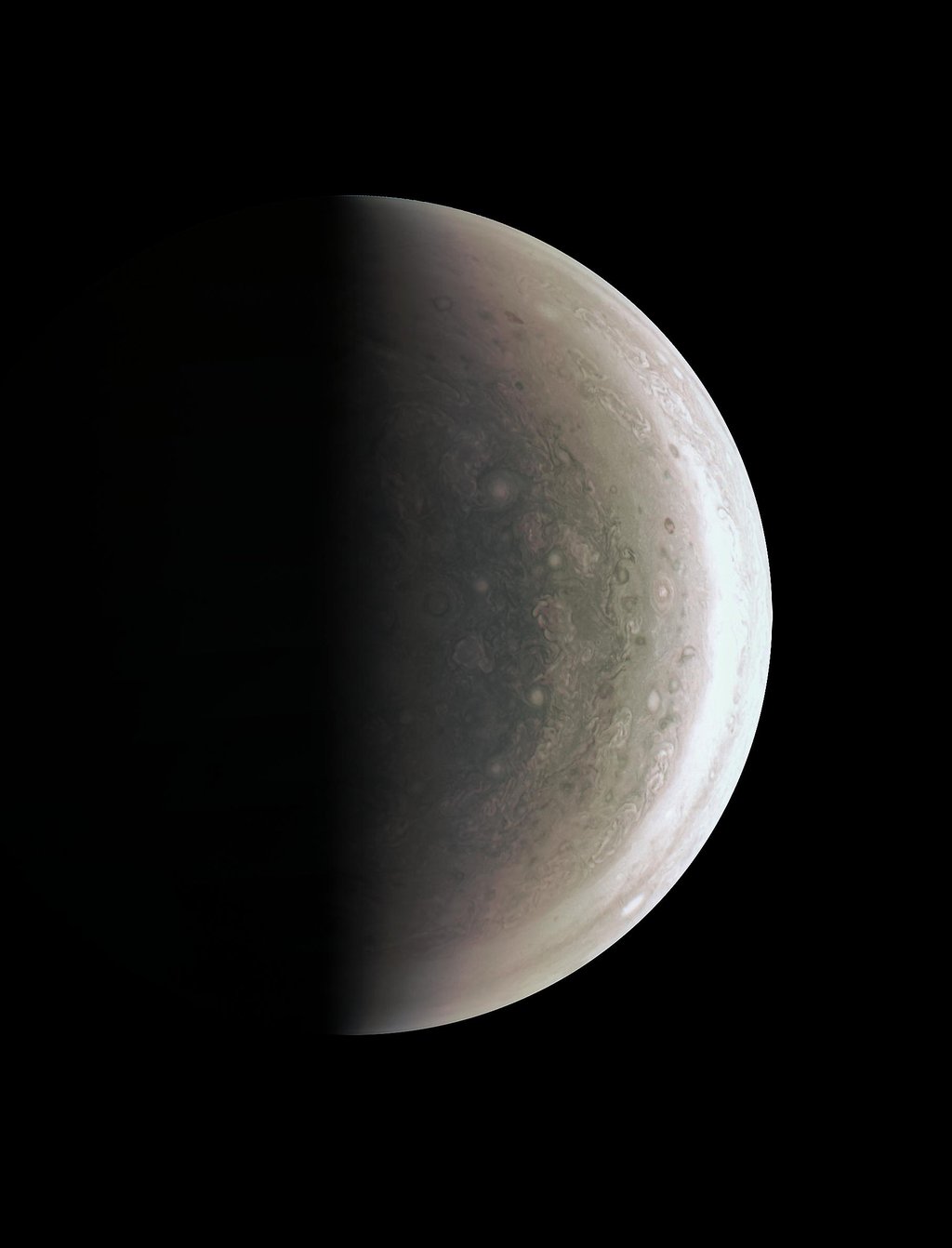 Unlike the equatorial region's familiar structure of belts and zones, the poles are mottled by clockwise and counterclockwise rotating storms of various sizes, similar to giant versions of terrestrial hurricanes. The south pole has never been seen from this viewpoint, although the Cassini spacecraft was able to observe most of the polar region at highly oblique angles as it flew past Jupiter on its way to Saturn in 2000 (see PIA07784).