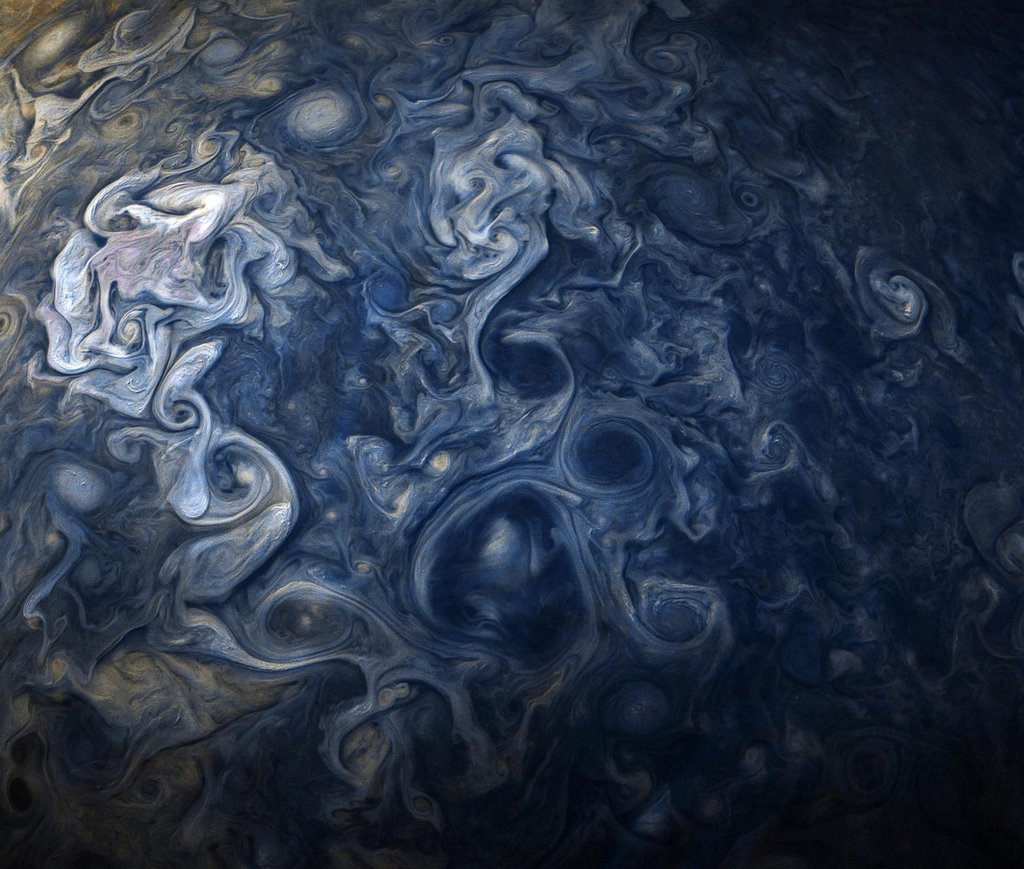 The Juno spacecraft captured this image when the spacecraft was only 11,747 miles (18,906 kilometers) from the tops of Jupiter's clouds -- that's roughly as far as the distance between New York City and Perth, Australia. The color-enhanced image, which captures a cloud system in Jupiter's northern hemisphere, was taken on Oct. 24, 2017 at 10:24 a.m. PDT (1:24 p.m. EDT) when Juno was at a latitude of 57.57 degrees (nearly three-fifths of the way from Jupiter's equator to its north pole) and performing its ninth close flyby of the gas giant planet.

Because of the Juno-Jupiter-Sun angle when the spacecraft captured this image, the higher-altitude clouds can be seen casting shadows on their surroundings. The behavior is most easily observable in the whitest regions in the image, but also in a few isolated spots in both the bottom and right areas of the image.