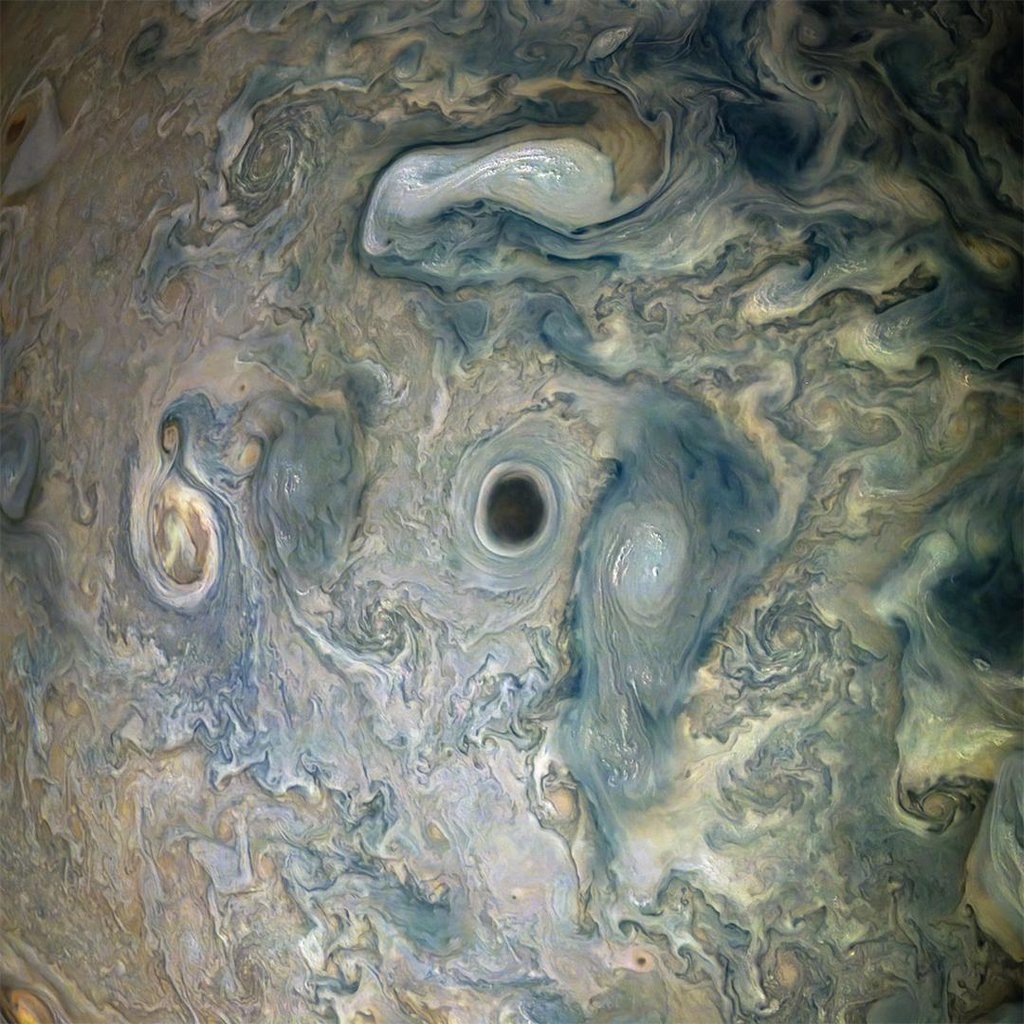 NASA's Juno spacecraft captured this view of an area within a Jovian jet stream showing a vortex that has an intensely dark center. Nearby, other features display bright, high altitude clouds that have puffed up into the sunlight.