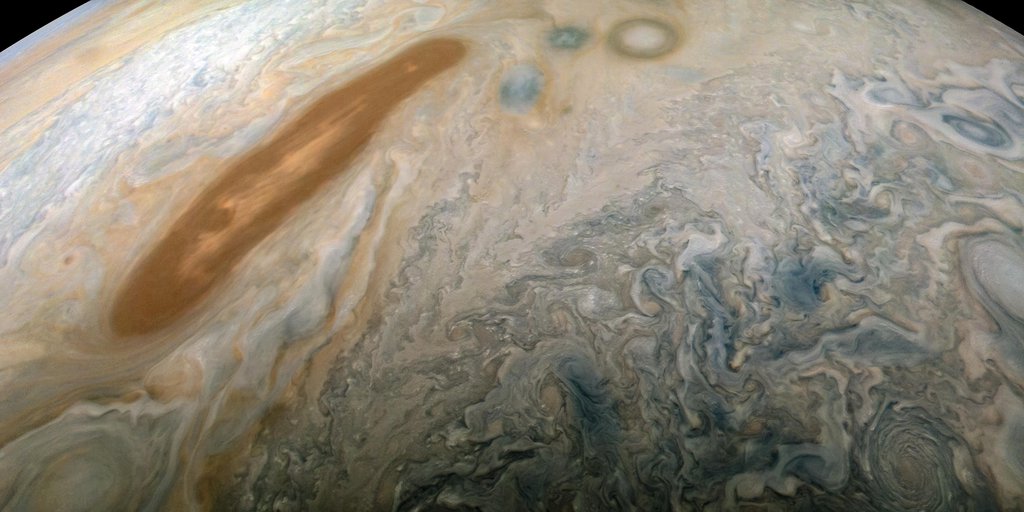 A long, brown oval known as a "brown barge" in Jupiter's North North Equatorial Belt is captured in this color-enhanced image from NASA's Juno spacecraft.