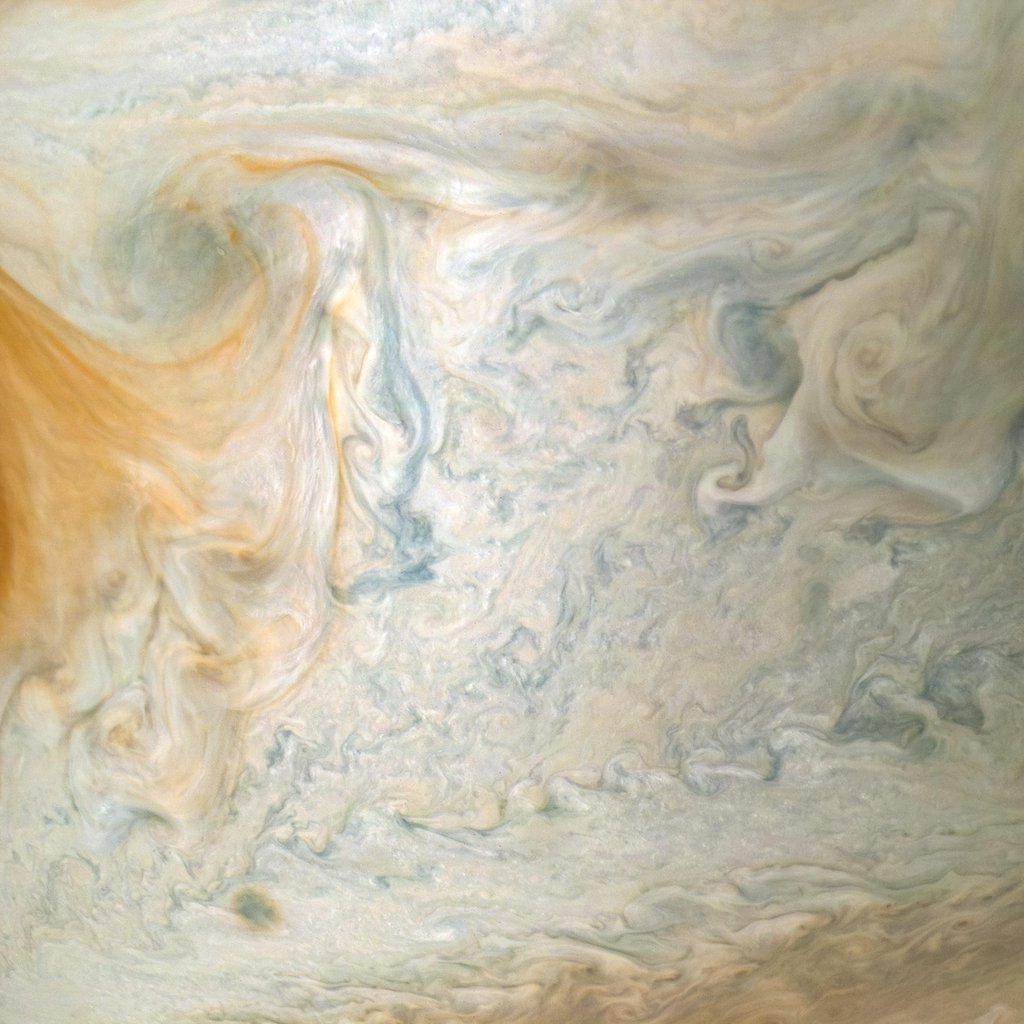 The easternmost edge of Jupiter's Great Red Spot and surrounding south tropical disturbance are captured in this image from NASA's Juno spacecraft. At left, wispy tendrils from the Red Spot give the atmosphere a layered appearance as they partially obscure cloud features below.

Jupiter's appearance is a tapestry of vivid colors and swirling atmospheric vortices. Many aspects of the planet's atmosphere are still a mystery. For example, the origin of individual storms or churning cloud features is unknown. By studying Jupiter's weather up close for the first time, Juno is helping researchers better understand how atmospheres work in general -- including our own. What we learn about Jupiter's atmosphere will also help scientists understand how gas-giant planets work in general, including those now being discovered beyond our solar system.