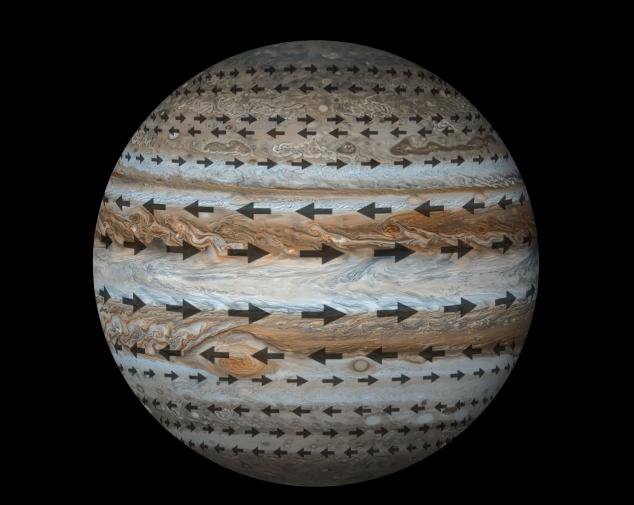 This animation depicts Jupiter's planet wrapping cloud structure, commonly referred to as "belts" and "zones," and the jet streams that encompass them. The belts (white bands) and zones (reddish bands) are separated by strong east-west winds, or jet streams (depicted by black arrows), that move in opposite directions. These jets penetrate about 1,800 miles (3,000 kilometers) below the cloud level of Jupiter. Other components of the winds including north-south and up-down movements – have been a mystery and have now been uncovered with the latest data from the microwave radiometer instrument aboard NASA's Juno spacecraft.

The base composite image of Jupiter was created from images obtained by NASA's Cassini spacecraft.