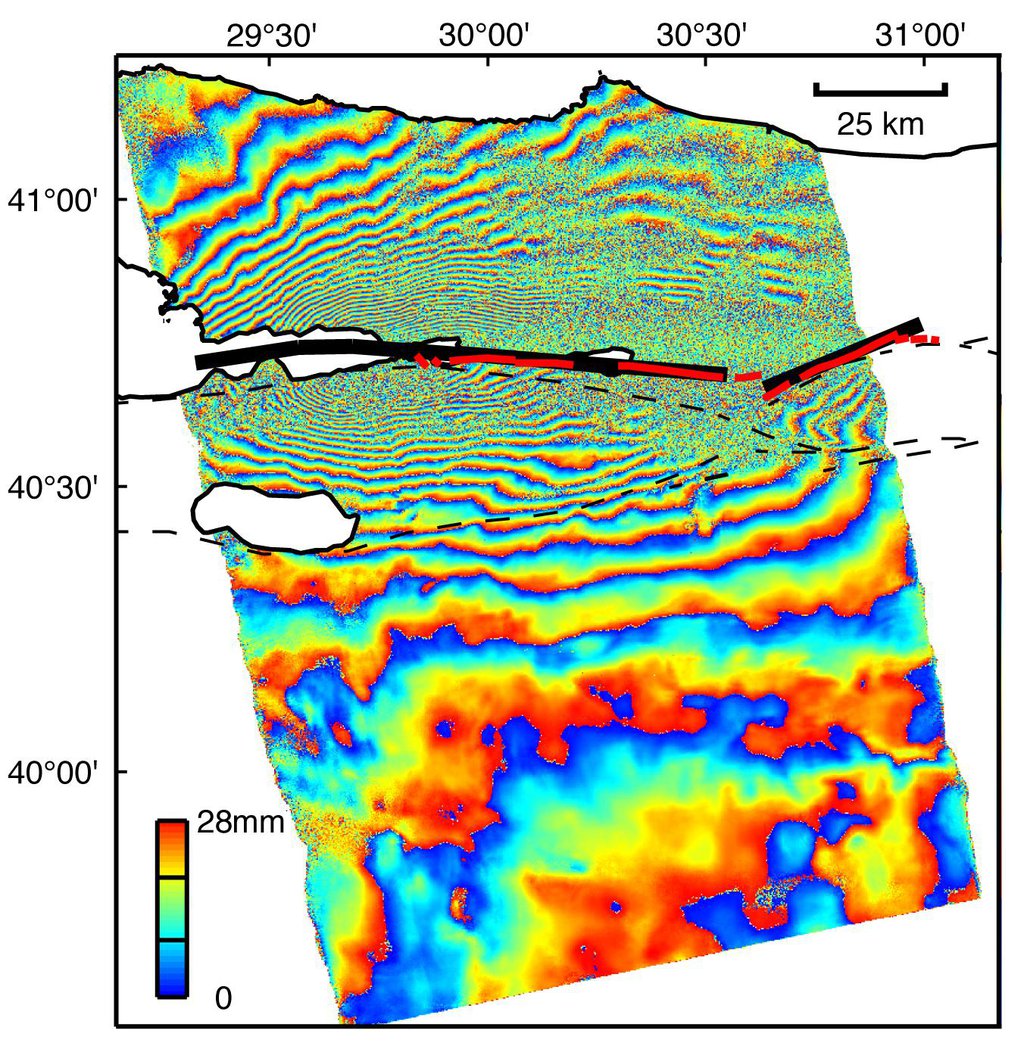 This image is an interferogram that was created using pairs of images taken by Synthetic Aperture Radar (SAR). The images, acquired at two different times, have been combined to measure surface deformation or changes that may have occurred during the time between data acquisition. The images were collected by the European Space Agency's Remote Sensing satellite (ERS-2) on 13 August 1999 and 17 September 1999 and were combined to produce these image maps of the apparent surface deformation, or changes, during and after the 17 August 1999 Izmit, Turkey earthquake. This magnitude 7.6 earthquake was the largest in 60 years in Turkey and caused extensive damage and loss of life. Each of the color contours of the interferogram represents 28 mm (1.1 inches) of motion towards the satellite, or about 70 mm (2.8 inches) of horizontal motion. White areas are outside the SAR image or water of seas and lakes. The North Anatolian Fault that broke during the Izmit earthquake moved more than 2.5 meters (8.1 feet) to produce the pattern measured by the interferogram. Thin red lines show the locations of fault breaks mapped on the surface. The SAR interferogram shows that the deformation and fault slip extended west of the surface faults, underneath the Gulf of Izmit. Thick black lines mark the fault rupture inferred from the SAR data. Scientists are using the SAR interferometry along with other data collected on the ground to estimate the pattern of slip that occurred during the Izmit earthquake. This then used to improve computer models that predict how this deformation transferred stress to other faults and to the continuation of the North Anatolian Fault, which extends to the west past the large city of Istanbul. These models show that the Izmit earthquake further increased the already high probability of a major earthquake near Istanbul.