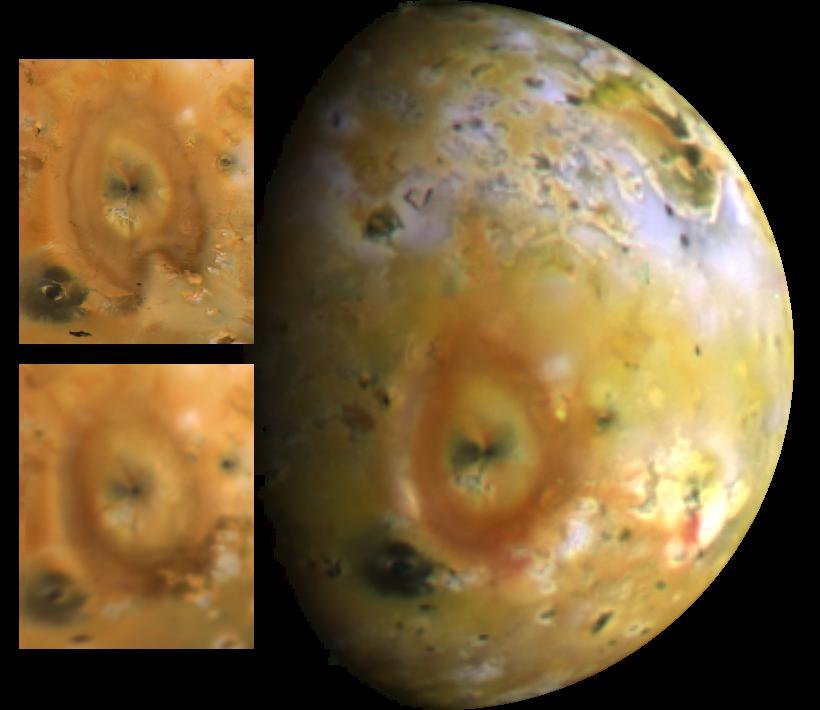 Jupiter's moon Io with Pele prominently in view. The inset images are from the Voyager 1 (top) and 2 (bottom) spacecraft using the violet, blue, and orange filters. The large image is from Galileo, using the violet, green, and red filters. The colors in the Galileo image are closer to what the human eye would see. With the filters used in the Solid State Imaging system on Galileo, it is clear now that some of the recent volcanic deposits on Io are indeed very red, a point not resolved by Voyager. Scientists speculate that the red deposits are a form of Sulfur produced in volcanic eruptions on Io. Note the rapid changes seen in the shape of the distal (far from the vent) plume deposits from Pele between Voyagers 1 (April, 1979) and 2 (July, 1979). The Galileo image was obtained by the imaging system on board the spacecraft in June, 1996. North is to the top.