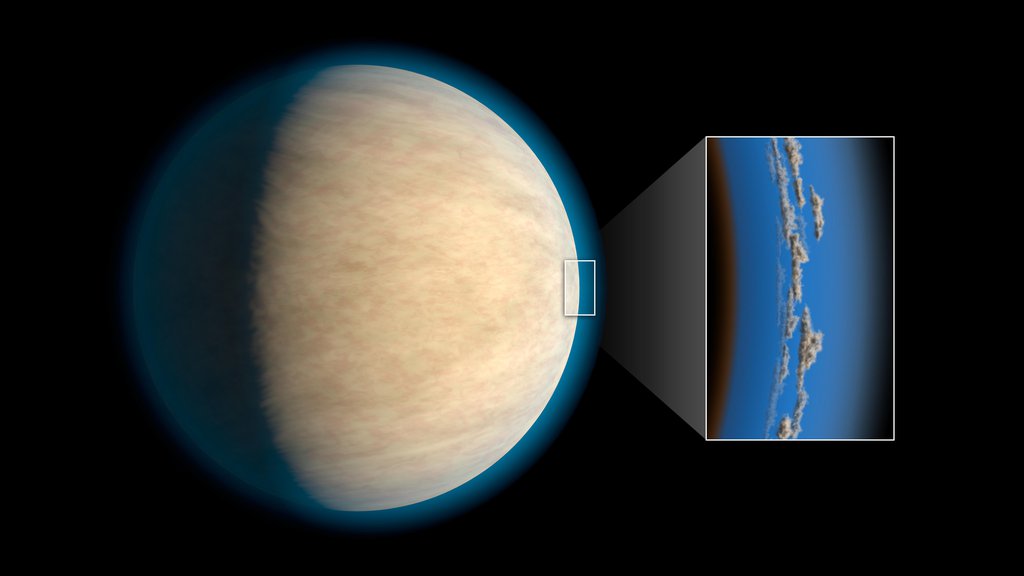 Hot Jupiters, exoplanets around the same size as Jupiter that orbit very closely to their stars, often have cloud or haze layers in their atmospheres. This may prevent space telescopes from detecting atmospheric water that lies beneath the clouds, according to a study in the Astrophysical Journal.

As much as half of the water in the atmospheres of these exoplanets may be blocked by these clouds or hazes, research suggests. The study, led by researchers at NASA's Jet Propulsion Laboratory, Pasadena, California, examined hot Jupiters that had been observed with the Hubble Space Telescope.

For more information on the Hubble Space Telescope, visit http://www.nasa.gov/hubble.