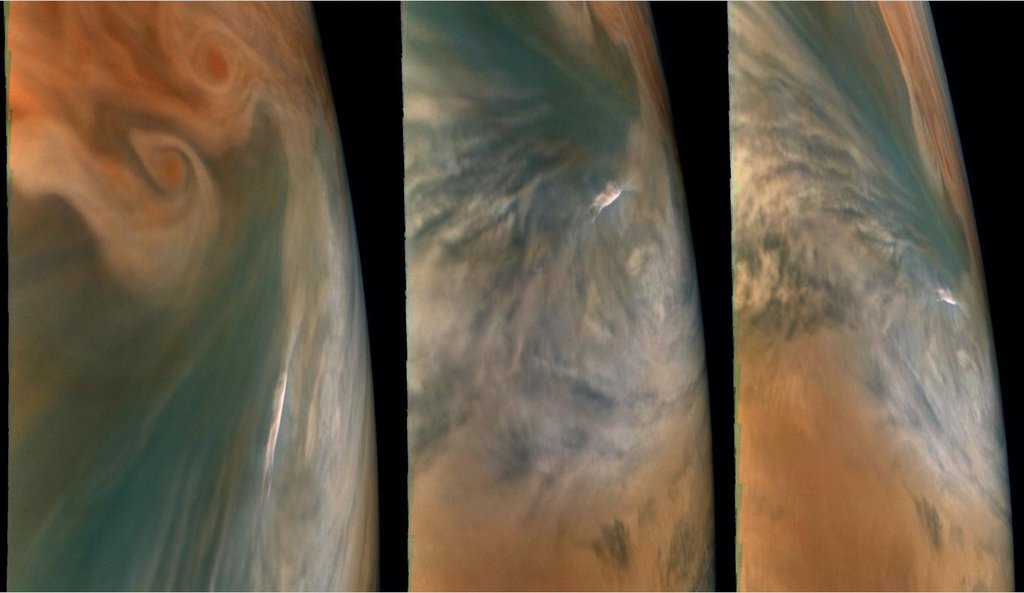 These images from NASA's Juno mission show three different views of a Jupiter "hot spot" — a break in Jupiter's cloud deck that provides a glimpse into Jupiter's deep atmosphere. Hot spots are flanked by clouds and active storms, and fueled by high-altitude electrical discharges recently discovered by Juno known as "shallow lightning." The pictures were taken by the JunoCam imager during its 29th close flyby of the giant planet on Sept. 16, 2020.

Not all of Jupiter's clouds are the same. The planet is composed mostly of hydrogen and helium, and the vivid colors that appear in thick bands across Jupiter are likely plumes of sulfur compounds and phosphorus-containing gases rising from the planet's warmer interior. The small, bright cloud feature seen here is likely made of ammonia ice and water ice rising to a higher altitude than the surrounding features.

The original JunoCam images used to produce these views were taken from altitudes between about 2,700 and 4,500 miles (4,300 and 7,200 kilometers) above Jupiter's cloud tops. Citizen scientist Brian Swift processed the images to enhance the color and contrast.