Haze on the Horizon 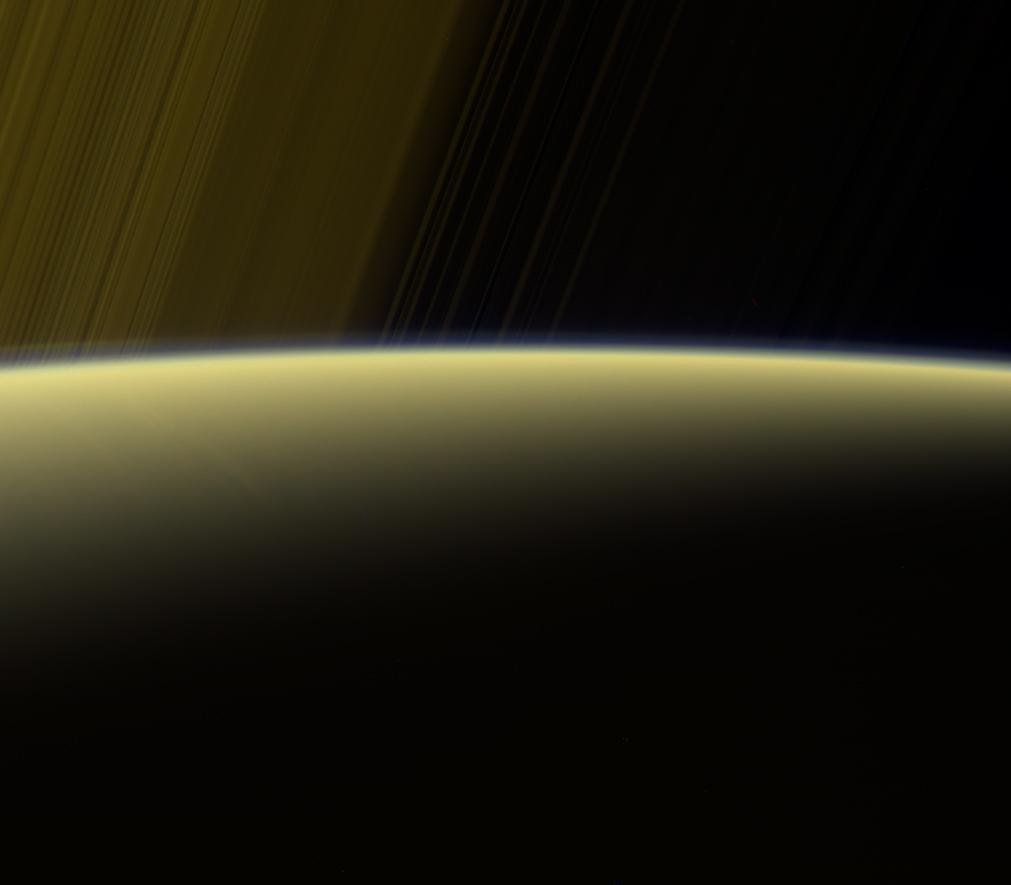 This false-color view from NASA's Cassini spacecraft gazes toward the rings beyond Saturn's sunlit horizon. Along the limb (the planet's edge) at left can be seen a thin, detached haze. This haze vanishes toward the right side of the scene.

Cassini will pass through Saturn's upper atmosphere during the final five orbits of the mission, before making a fateful plunge into Saturn on Sept. 15, 2017. The region through which the spacecraft will fly on those last orbits is well above the haze seen here, which is in Saturn's stratosphere. In fact, even when Cassini plunges toward Saturn to meet its fate, contact with the spacecraft is expected to be lost before it reaches the depth of this haze.

This view is a false-color composite made using images taken in red, green and ultraviolet spectral filters. The images were obtained using the Cassini spacecraft narrow-angle camera on July 16, 2017, at a distance of about 777,000 miles (1.25 million kilometers) from Saturn. Image scale is about 4 miles (7 kilometers) per pixel on Saturn.