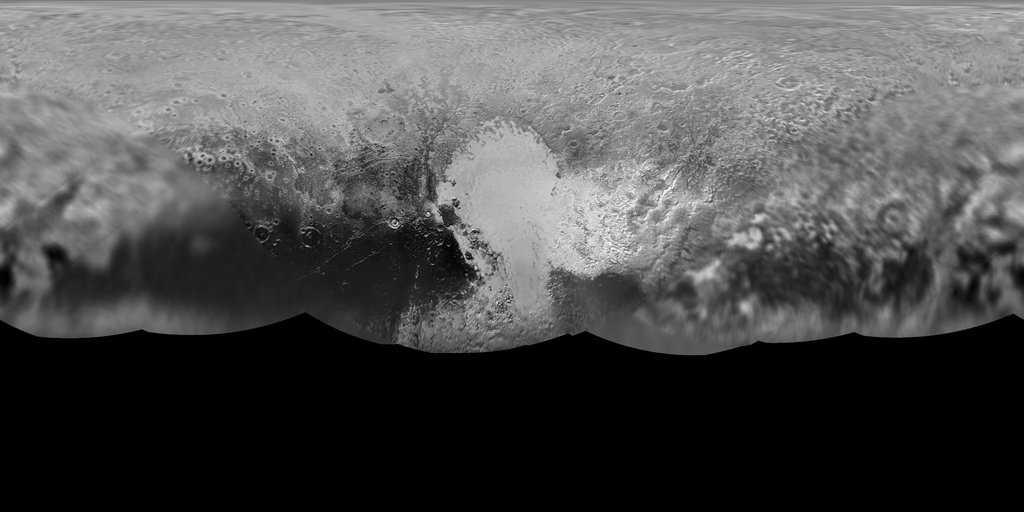 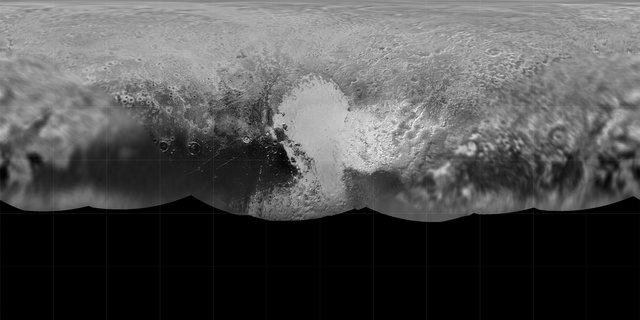 The science team of NASA's New Horizons mission has produced an updated global map of the dwarf planet Pluto. The map includes all resolved images of the surface acquired between July 7-14, 2015, at pixel resolutions ranging from 40 kilometers (24 miles) on the Charon-facing hemisphere (left and right sides of the map) to 400 meters (1,250 feet) on the anti-Charon facing hemisphere (map center). Many additional images are expected in fall of 2015 and these will be used to complete the global map.