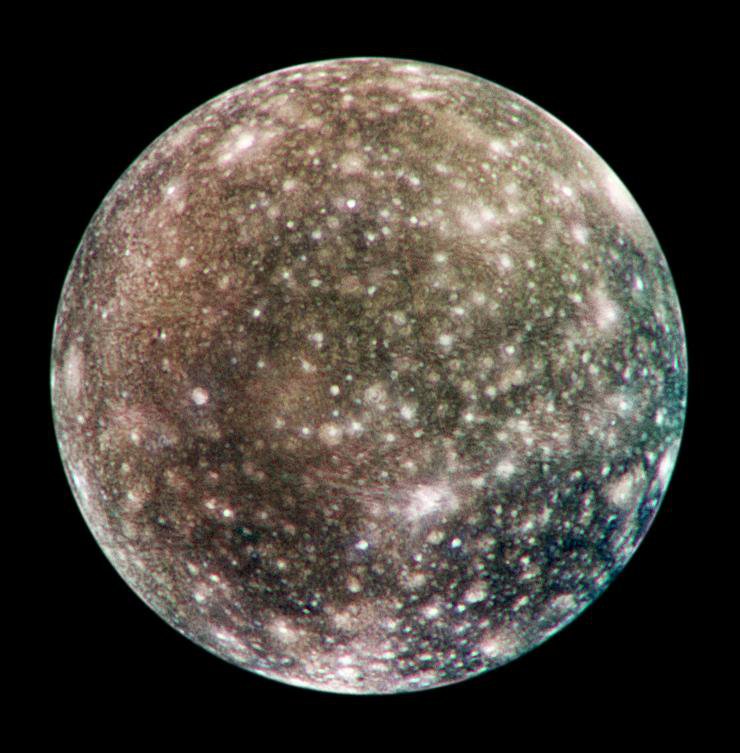 Bright scars on a darker surface testify to a long history of impacts on Jupiter's moon Callisto in this image of Callisto from NASA's Galileo spacecraft.

The picture, taken in May 2001, is the only complete global color image of Callisto obtained by Galileo, which has been orbiting Jupiter since December 1995. Of Jupiter's four largest moons, Callisto orbits farthest from the giant planet.

Callisto's surface is uniformly cratered but is not uniform in color or brightness. Scientists believe the brighter areas are mainly ice and the darker areas are highly eroded, ice-poor material.