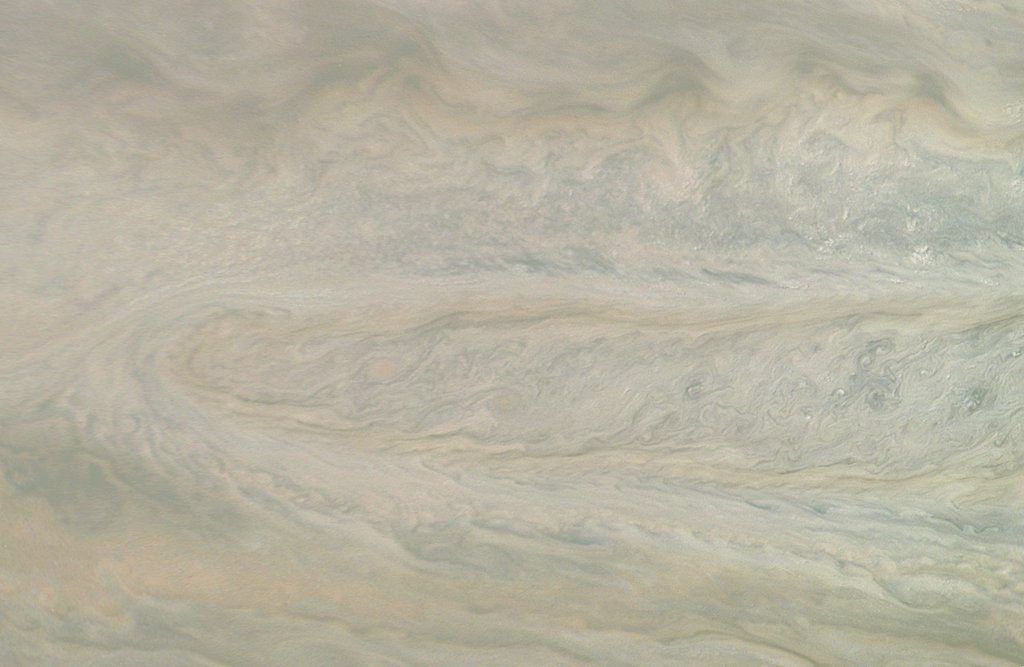 The animation reveals the cyclonic motion of the STB Ghost, a large elongated feature in Jupiter's South Temperate Belt. This feature is elongated in the east-west direction and is located near the center in these images.