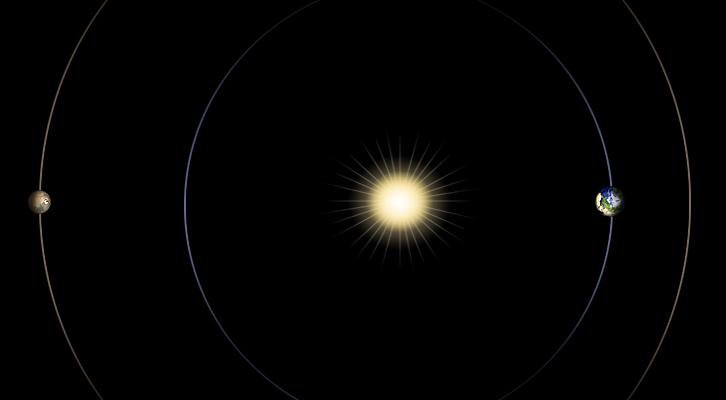 This diagram illustrates the positions of Mars, Earth and the sun during a period that occurs approximately every 26 months, when Mars passes almost directly behind the sun from Earth's perspective. This arrangement, and the period during which it occurs, is called Mars solar conjunction. Radio transmissions between the two planets during conjunction are at risk of being corrupted by the sun's interference, so NASA Mars missions have a moratorium on sending commands to spacecraft on the surface of Mars or in orbit around Mars.