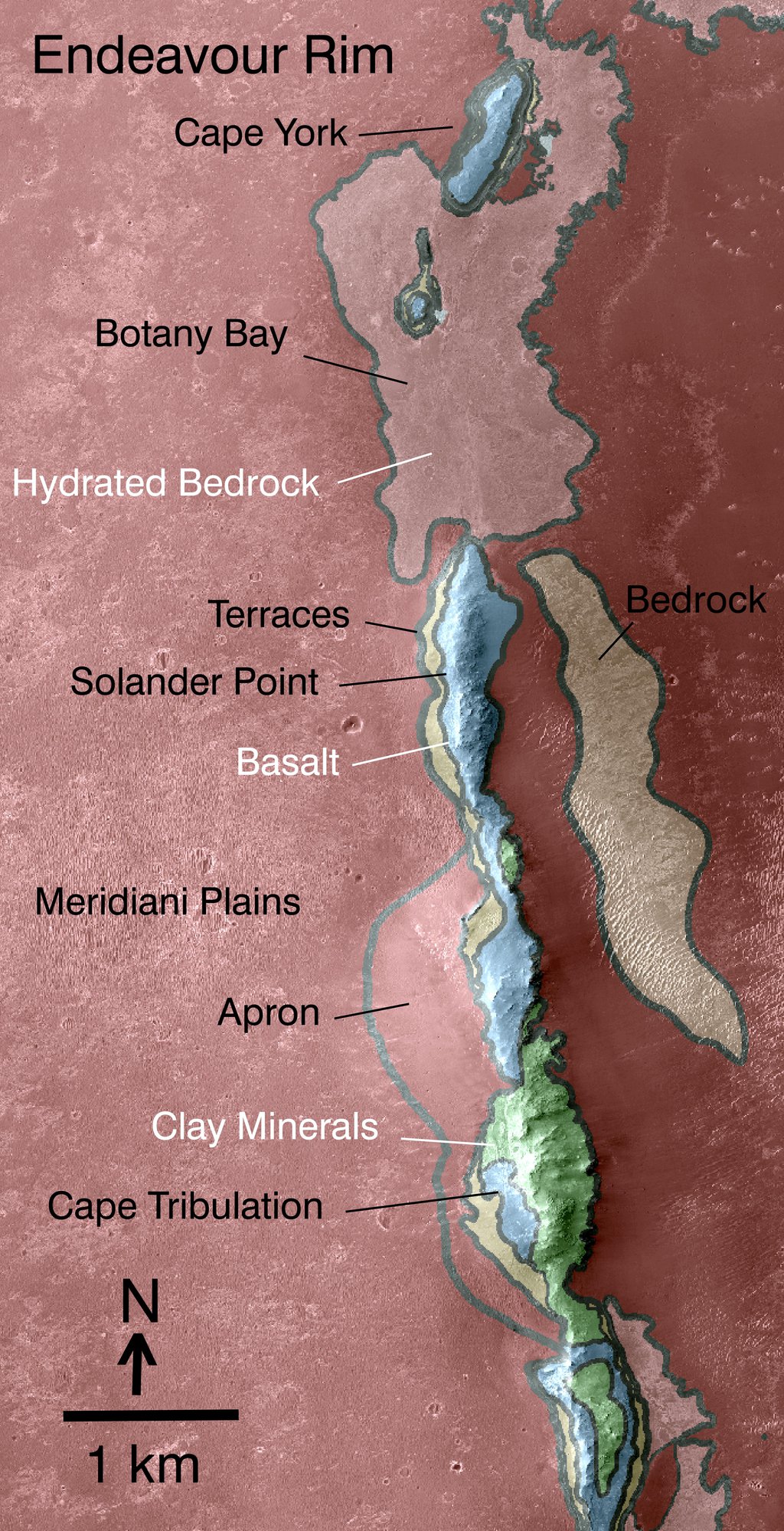 Non-annotated image
Click on the image for larger version

This map indicates some of the geological information gained from orbital observations of Endeavour Crater, which has been the long-term destination for NASA's Mars Exploration Rover Opportunity since mid-2008.

Endeavour Crater is about 22 kilometers (14 miles) in diameter. As indicated by the scale bar of one kilometer (0.6 mile), this map covers only a small portion of the crater's western rim. A discontinuous ridge runs north-south, exposing basalt (coded blue) and clay minerals (coded green) believed to be from a time in Martian history before the deposition of sulfates on the portions of the Meridiani Plains region that Opportunity has seen during the rover's first seven years on Mars.

The rover team plans to begin Opportunity's exploration of the Endeavour rim near "Cape York," which is about 6.5 kilometers (4 miles) from the rover's location in mid-December 2010. Cape York is nearly surrounded by exposures of hydrated bedrock. From there, the planned exploration route goes south along the rim fragment "Solander Point," to "Cape Tribulation," where clay minerals have been detected.

This geological map is based on observations by the Compact Reconnaissance Imaging Spectrometer for Mars (CRISM) on NASA's Mars Reconnaissance Orbiter.