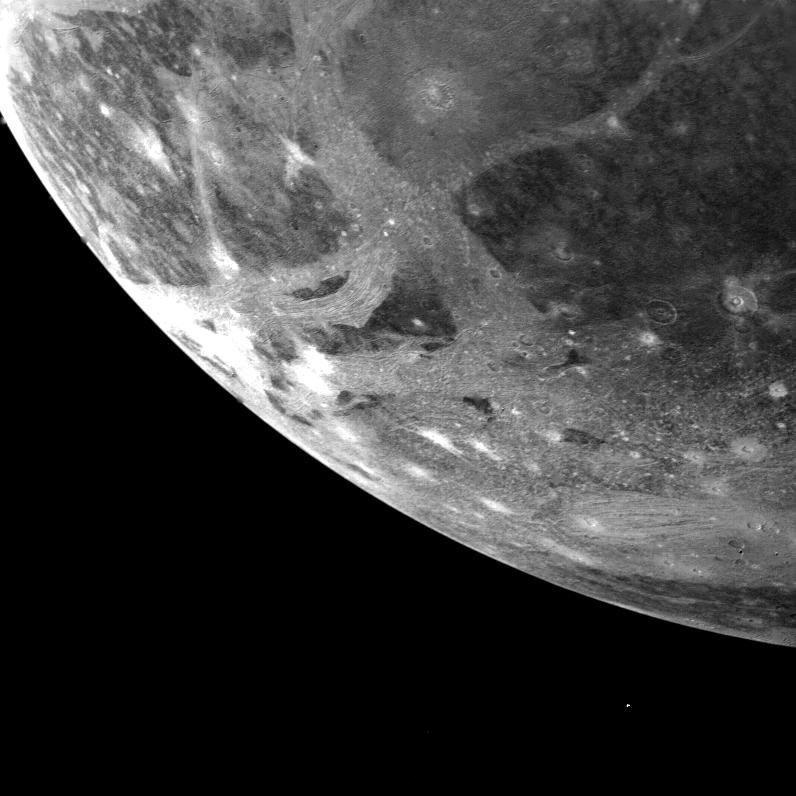 This picture of Ganymede, Jupiter's largest satellite, was taken by Voyager 1 on the afternoon of March 5, 1979 from a range of 253,000 kilometers (151,800 miles). The picture is centered at 66 south latitude and 3 longitude and shows the south western limb region of Ganymede. The smallest features visible are about 2.5 kilometers (1.5 miles) across. The surface shows numerous impact craters, many of which have extensive bright ray systems. Light bands traversing the surface contain alternating bright and dark lines which probably represent deformation of the icy central material. JPL manages and controls the Voyager Project for NASA's Office of Space Science.